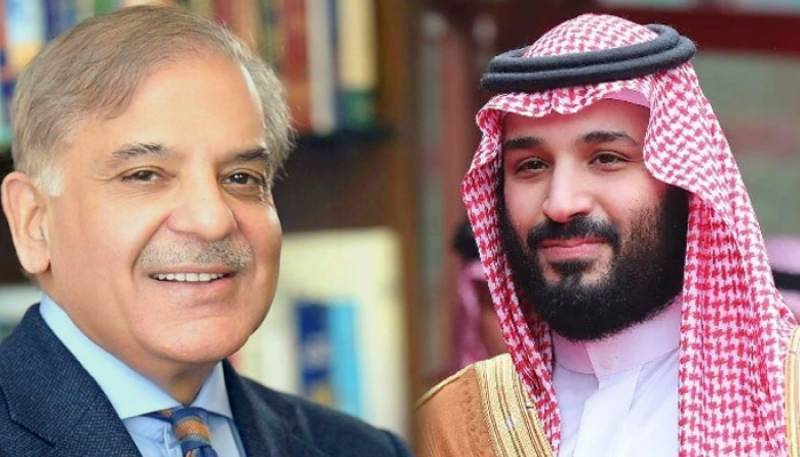 According to a statement issued by the Prime Minister's (PM) House, The two leaders in a telephonic conversation also exchanged views on issues of mutual interest.

PM Shehbaz conveyed his deep respects to the Custodian of the Two Holy Mosques, His Majesty King Salman bin Abdulaziz.

During the telephone call, the Crown Prince congratulated the prime minister and the people of Pakistan on 75th anniversary of Pakistan’s independence.

The prime minister and the Crown Prince reviewed the progress made on the decisions taken by the two sides during the visit of the Prime Minister in April 2022.

They resolved to expedite the ongoing cooperation in investment, energy and trade fields.

Recalling the historic support extended by the Kingdom of Saudi Arabia to Pakistan in times of need, the prime minister thanked the Crown Prince for the economic and development support provided to Pakistan in recent times.

The prime minister reiterated his cordial invitation to the Crown Prince for a state visit to Pakistan, which he graciously accepted.