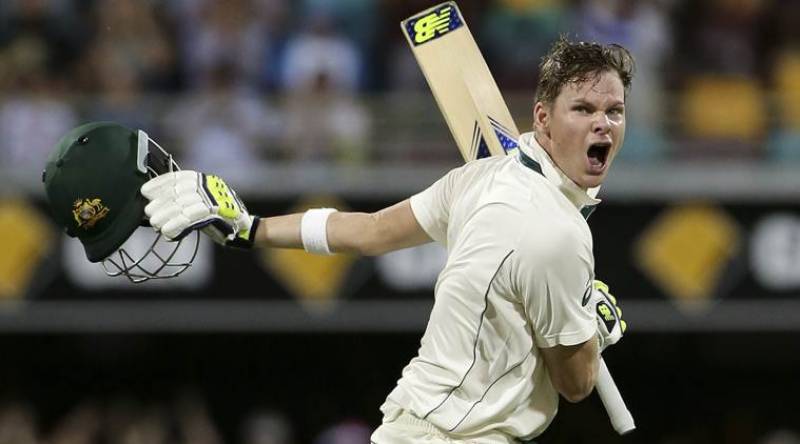 Brisbane: Aussie Skipper Steve Smith impressive ton backed by half centuries by Matt Renshaw and Peter Handscomb has given Australia a definite edge on the first day of the first Test at Brisbane. Smith, dropped on 53, showed the way as the Australians built the foundations for a sturdy first innings after winning the toss. At the close before a first day Gabba crowd of more than 26,000, the home side was 288 for three with Smith on 110 and Handscomb, playing in only his second Test match, not out on 64.

Smith was put down on 53 nearing the dinner break when an edge off spinner Azhar Ali went in and out of wicketkeeper Sarfraz Ahmed’s gloves.

Pakistan struck with two quick wickets in the first session after openers Warner and Renshaw gave Australia a solid start.

Amir had Warner leg before wicket for 32 after the Australian vice-captain was struck on the pad on leg stump in the 24th over.

Khawaja, coming off his man-of-the-match 145 in last month’s day-night third Test in Adelaide against South Africa, lasted just six balls before he was out to a false stroke to leg-spinner Yasir Shah.

Pakistan feared they might have lost their star pace bowler Mohammad Amir after he fell to the ground in the final session clutching his right knee after a misfield. But he returned to take over the New pink ball.