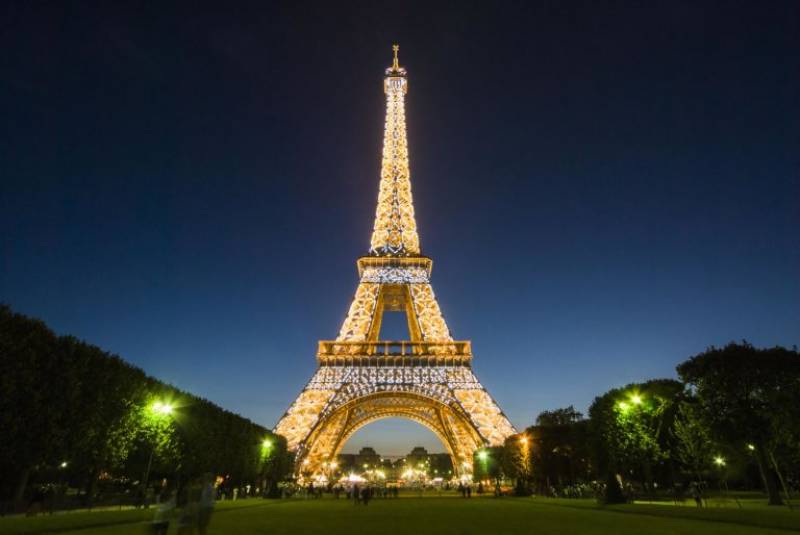 Paris (Web Desk): The Eiffel Tower will go dark on Wednesday night in solidarity with the people of Aleppo, as the ceasefire deal between rebels and Syrian government effectively collapsed.

Mayor of Paris Anne Hidalgo announced on Twitter that the tower's lights will be turned off at 8pm local time as a "symbol" to honour the citizens of eastern Aleppo, which has been wrestled back by pro-government forces in recent days.

As the cease fire collapsed, fighter jets resumed air raids over the rebels' crowded enclave in the east of the city.

The evacuation was supposed to start at dawn but buses meant to be used for that purpose have returned to their depots, according to Syrian activists.

It comes after trapped residents and activists took to Twitter to send heartbreaking "goodbye" messages as the Syrian government's forces closed in.

The Eiffel Tower has been used before to express solidarity with other events around the world. In June, it lit up in rainbow colours in commemorate with the victims of the Pulse nightclub attack in Orlando and in the colours of the Belgian flag after the Brussels terrorist attacks in March.

The iconic landmark also went dark in January to honour the victims of terrorist attacks in Paris.