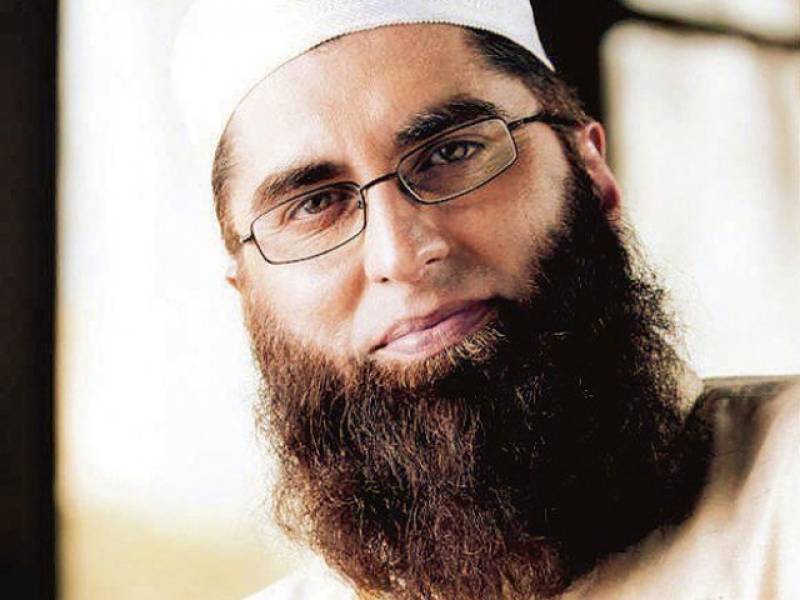 The funeral prayer was scheduled to be held at Moin Khan Academy but then offered at changed venue. Heavy contingents of Rangers and police were deployed at the venue to avoid any unforeseen situation. Many artist, social, religious, political and military figures attended Junaid's funeral. A large crowd of people came to offer Junaid's funeral prayers to show their love and respect towards the religious preacher. Muslim scholar Maulana Tariq Jameel offered his funeral prayers.

People flooded out during the process of burial as the nation has lost a great human who spent his life serving humanity. He was buried in a small graveyard adjoining to the Madrasah Darul Uloom Korangi. It was his desire to be buried there.

According to doctors, Junaid Jamshed’s body was recognized through facial X-ray and dental history on December 12, 2016, six days after the fateful plane crash.

The body of Junaid Jamshed's wife Nahya has been transferred from DHQ Hospital, Rawalpindi to CMH Lahore. Her funeral prayers will be offered in a mosque near her residence in Askari 10.

On Tuesday, a team of investigators from French company ATR visited the PK-661 crash site near Havelian, Abbottabad. The team comprising French and Canadian nationals had arrived in Islamabad on Monday.

The investigators collected samples for forensic testing during their visit to the crash site. The team is working alongside officials from the Pakistan International Airlines' Safety Investigation Board.

On Wednesday, December 07, the ATR-42 aircraft of the PIA crashed into the hillside near Havelian area of district Abbottabad, killing all 42 passengers and five crew members onboard.