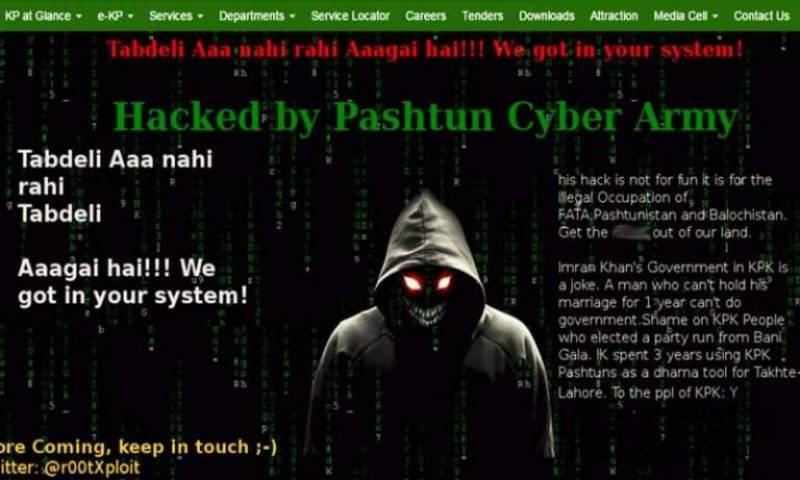 Peshawar (Web Desk): Khyber Pakhtunkhwa government's official website has been taken down by a group of Pashtun hackers calls itself the “Pasthun Cyber Army”..

According to details, the hacking group criticized province’s ruling party Pakistan Tehreek-e-Insaaf (PTI) Chairman Imran Khan, saying the provincial government is a joke. A man who can’t hold his marriage for one year can’t do government. Shame on KPK people who elected a party run from Bani Gala.

Hackers also accused the government for the illegal occupation of FATA, Pashtunistan and Baluchistan, telling the government to get out of their land.

Right now the link to the website kp.gov.pk is not functional.

Meanwhile, an official claimed that the website will get restored today (Thursday).