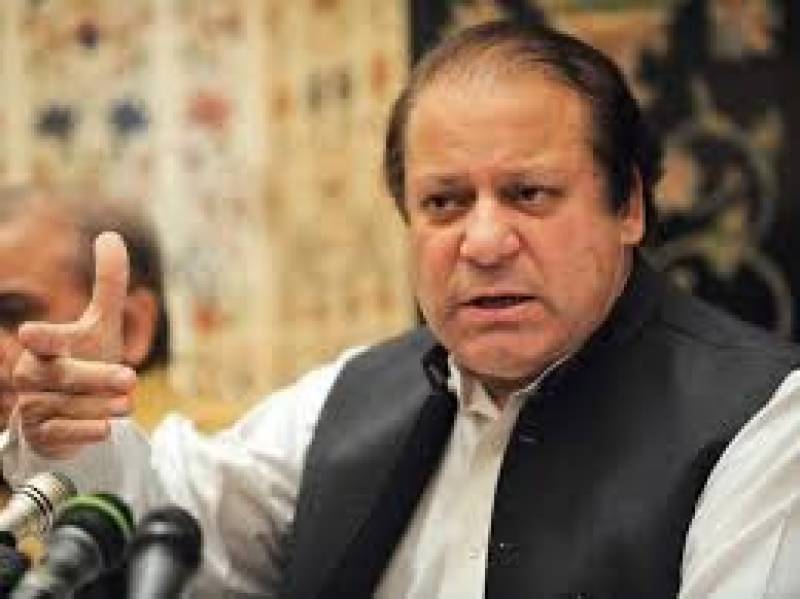 Islamabad (Web Desk): PM Nawaz Sharif addressed to the attendees of the ceremony in Islamabad at the occasion of 40th Export Award today (Thursday).

PM Nawaz said that current government is aiming to eliminate the terrorism from the country. We have defeated terrorism to a large extent and eradicated its hubs.

Hopefully future of Pakistan will be very bright. Now public is aware and they are not willing to vote PPP.

Prime Minister said that farmers are being facilitated with incentives. Earlier the newspapers were flooded with corruption stories but the ration of these cases has been reduced in PMLN's government.

Country is facing crisis due to wrong policies of previous government. PMLN's government is working to overcome this crisis.

Current government is putting its efforts to improve railway and (PIA) Air Transportation sector. Exports of Pakistan have been increased 6.2 percent. Karachi to Hyderabad motorway will be operational within 6 months while Karachi-Lahore motorway is under construction.

We will work to sustain peace in Karachi. Gawadar to Quetta has been connected with roads under CPEC project, a game changer of the region.

PM Nawaz said, "I do not want to deceive my nation through ‘dharna politics’ as opposition do."