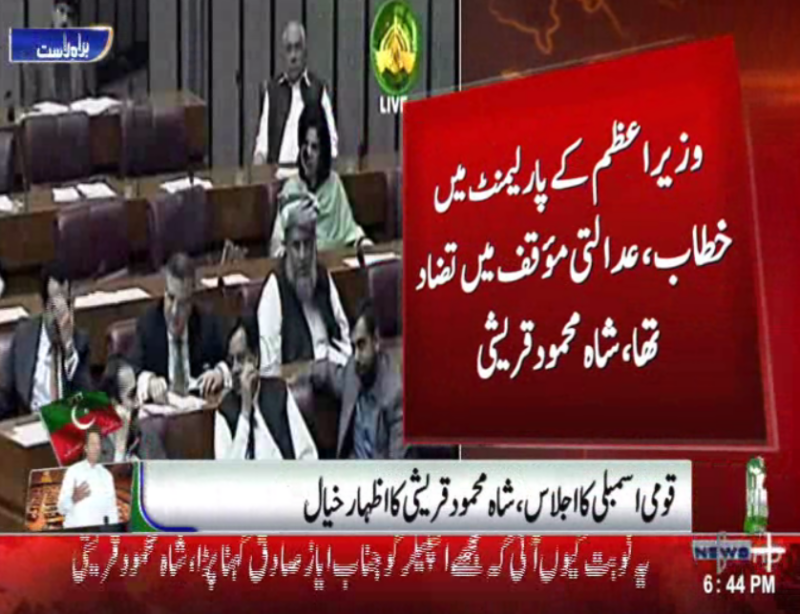 Islamabad: Speaker Ayaz Sadiq got the bitter end of PTI Leader Shah Mahmood Qureshi tongue when the Opposition Leader accused Speaker Ayaz Sadiq of committing nepotism by ruling in favour of PMLN Government without listening to PPP and PTI point of view.

He stressed that Ayaz Sadiq ruling in his chamber has rose another controversy because he has denied the opposition leaders to represent their point of view regarding the motion.

Qureeshi obviously perturbed by Saad Rafique statement of calling PTI members as thugs asked Saad Rafique to either apologize officially or else PTI members will not make him speak when it will be his turn to speak at the floor.