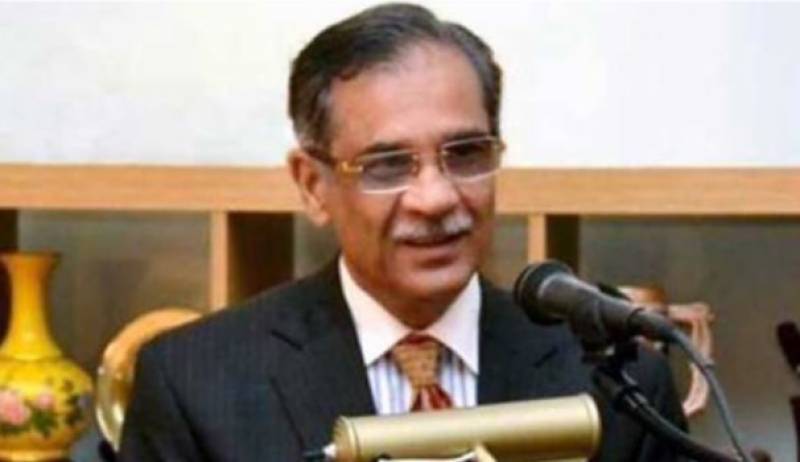 A two-judge bench headed by Chief Justice of Pakistan Mian Saqib Nisar conducted the hearing at the Lahore Registry of SC on suo motu notice on land grabbing in different parts of the city.

The chief justice ordered Khokhar brothers to submit the details of all assets under their and their families' names.

Issuing warning to MPA Saiful Mulook Khokhar during the hearing, the CJP said: "It's better if you give the grabbed property back to the widows and overseas Pakistanis.

"We have not grabbed anyone's land," Saiful Mulook responded.

"If the grabbing is proven I won't spare you. Everyone knows I do what I say. It's better if you don't take risk of your MPAship.” the CJP said.

The chief justice directed the police officials and LDA to recover the alleged land grabbed by the Khokhar brothers.

"We have received complaints from widows and orphans. Can't spare those who have annexed their land," the chief justice remarked.

The CJP asked Khokhar brothers to explain their relationship with a property dealer Ashraf Shah. They denied knowing anyone by that name.

The bench ordered open court hearing on the alleged land grabbing of the Khokhar brothers.

Later, the court adjourned the hearing of the case until December 22.

Meanwhile, hearing the case regarding the LDA City project, the SC ordered former Director General of Lahore Development Authority (LDA) Ahad Cheema to return money he had received beyond his income.

The CJP further ordered authorities to seize property owned by Cheema in case of non-payment. The court also ordered the director general of LDA to give recommendations regarding LDA City.