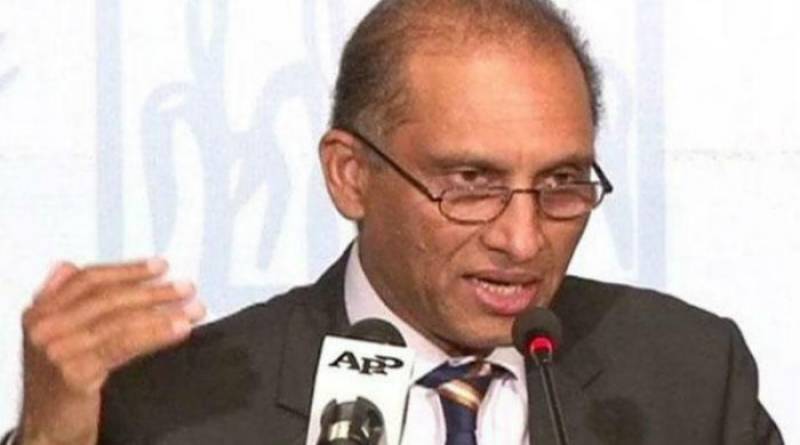 Islamabad: A foreign office press release has stated that Pakistan serving Foreign Secretary Aizaz Ahmed Chaudhry will be appointed as the next Ambassador to the United States.He will join his new assignment in Washington, D.C. next month.

Chaudhry is a Foreign Service Officer with over 36 years of bilateral and multilateral experience in the field of diplomacy.Earlier, he served as the Spokesperson of the Foreign Ministry.

Chaudhry has served as Additional Foreign Secretary for UN and Disarmament Affairs, and Director General for relations with South Asian countries, in which capacity he has remained closely associated with the peace process with India, the press release said.

He has also served as ambassador to the Netherlands. He also authored a book "Pakistan mirrored to Dutch eyes" published by Sangemeel publications.

The newly-appointed ambassador has also served as the Deputy Permanent Representative of Pakistan to the United Nations in New York, Chef de Cabinet to the Secretary General of ECO in Tehran, and Pakistan embassies in Washington, Doha and Cairo.