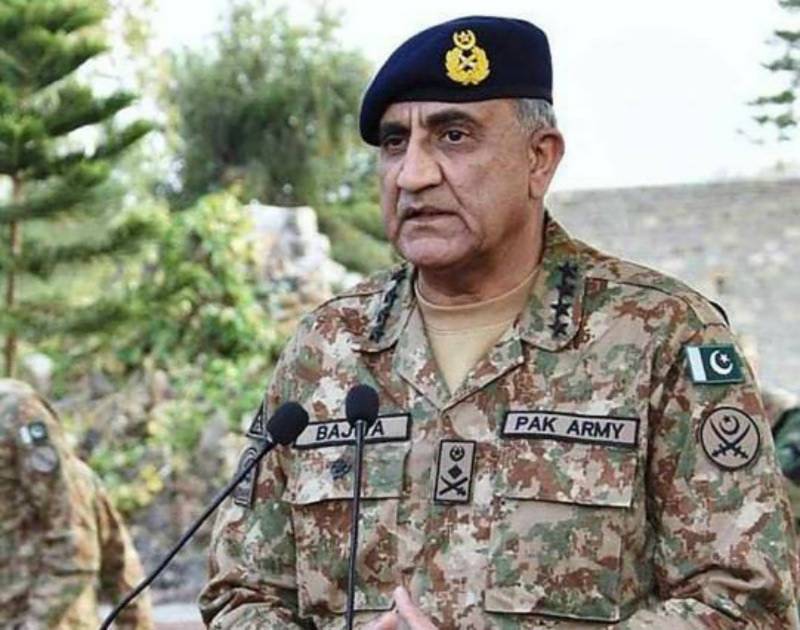 The second edition of the annual T20 tournament – like the first – is ongoing in the United Arab Emirates due to security concerns, but after the recent military crackdown on extremism, officials were confident enough to pick Gaddafi Stadium to host the final.

However, General Bajwa, on a visit to Corps Headquarters in Lahore on Tuesday, said incidents like Monday’s blast could not lower our resolve to fight terrorism. “Army will extend full support to all concerned for holding the event as scheduled,” the Inter-Services Public Relations (ISPR) quoted the army chief as saying.

Earlier, PSL chairman Najam Sethi said the league’s finishing game will be held in Lahore if cricket fans and citizens of Pakistan were ready to watch the match without foreign players.

"Sacrifice of your son and those of our nation shall not go waste", #COAS. pic.twitter.com/0aobRQWAMY

The COAS met the mother and family members of the deceased DIG Traffic Ahmed Mubin, who was martyred in Monday’s suicide attack at Mall road. He also expressed his condolences with other bereaved families of the blast.