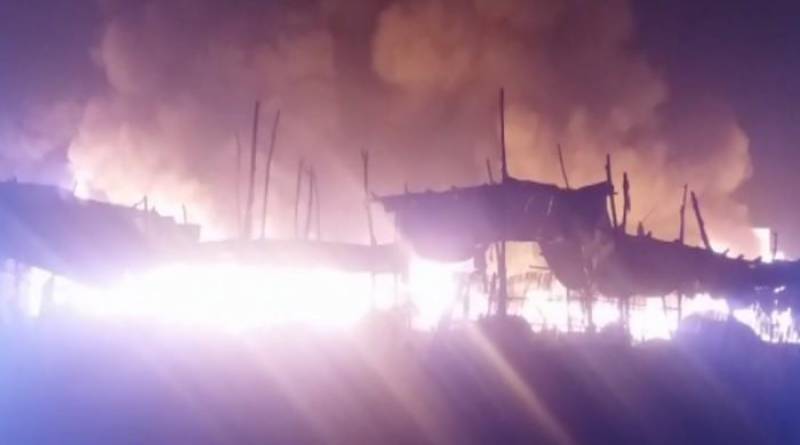 The authorities have reported no casualties although however, the fire erupted at large scale and the firefighters took more than five hours to douse the fire, the flames spread to meat market.

According to reports, at least thirteen fire tenders reached the site. The elected union council chairman and member provincial assembly were visited the site of the incident, supervising the relief efforts. Interestingly, according to media reports, the market suffers inferno every year.

Police has registered a case of the incident and initiated investigations.

Interestingly, according to media reports, the market suffers blaze every year.