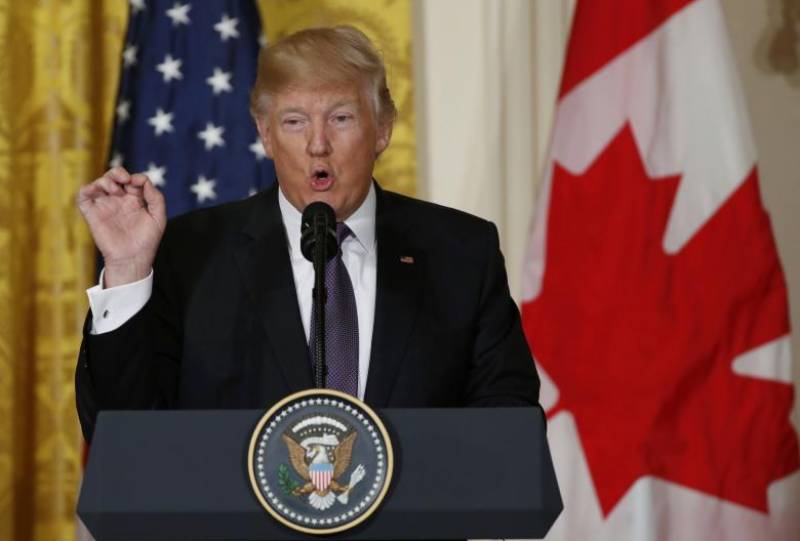 Washington, U.S. (Reuters): American President Donald Trump endorses the aims of peace keeping between Israel and the Palestinians, even if it does not involve the two-state solution, a senior White House official said on Tuesday.

The official said, adding that Trump would not try to "dictate" a solution, "Whether that comes in the form of a two–state solution if that's what the parties want, or something else."

Failure by a U.S. president to explicitly back a two-state solution would upend decades of U.S. policy embraced by Republican and Democratic administrations. It has long been the bedrock U.S. position for resolving the long-running Israeli-Palestinian conflict and has been at the core of international peace efforts.

Any sign of a softening of U.S. support for eventual Palestinian statehood could also anger the Muslim world, including Sunni Arab allies, which the Trump administration needs in the fight against Islamic State and to back efforts against Shi’ite Iran.

The White House official said that Trump considers Middle East peace a "high priority". The president has given his son-in-law, Jared Kushner, the job of negotiating a peace deal.

The official also stated, "We would want to work on it very quickly."

Trump's choice for U.S. ambassador to Israel, David Friedman, who has not yet been confirmed by the Senate, will not be involved in the president's discussions with Netanyahu on Wednesday, the official said.

Friedman advocates settlement building and has questioned the two-state solution.

The White House said earlier this month that Israel's building of new settlements or expansion of existing ones in occupied territories may not be helpful in achieving peace.

The statement was a shift in tone for Trump, who signaled during the campaign that he could be more accommodating toward settlement projects than his predecessor, Barack Obama.