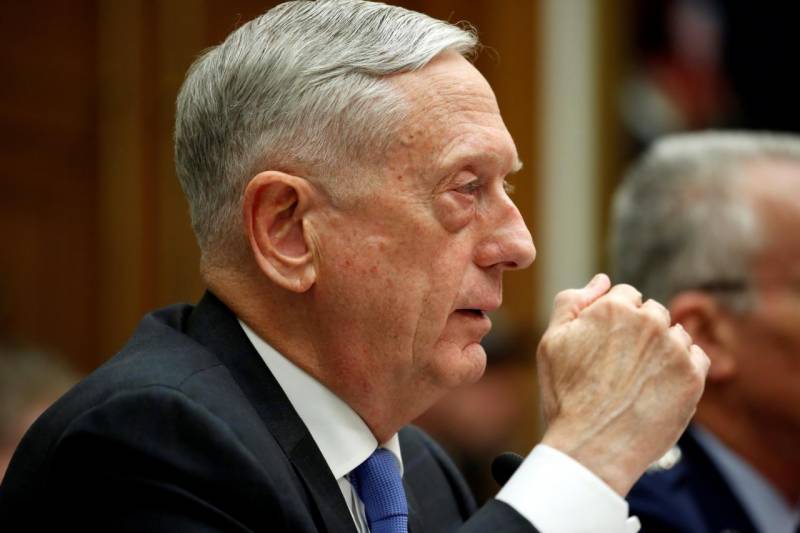 Relations between the United States and Turkey, allies within the North Atlantic Treaty Organization, have become frayed by their diverging interests in the Syrian civil war.

Washington is focused on defeating the jihadist group while Ankara, keen to prevent Syria’s Kurds from gaining autonomy and fuelling Kurdish insurgents on its soil, last month launched a military incursion into the Afrin region of Syria to sweep the Kurdish YPG militia from its southern border zone.

Mattis made the remark during a meeting with his Turkish counterpart Nurettin Canikli on Wednesday on the sidelines of a NATO meeting.

“He called for a renewed focus on the campaign to defeat ISIS, and to preventing any vestige of the terrorist organization from reconstituting in Syria,” the statement said, using an acronym for Islamic State.

The two men agreed to continue their full range of bilateral defense activities and to look for ways to further strengthen cooperation, the Pentagon said.

US Secretary of State Tillerson is expected to visit Turkey on Thursday and Friday, where US officials predicted he will have difficult conversations.

Turkey has threatened to press on to the Syrian town of Manbij, under the control of a YPG-led force, and warned US troops stationed there not to get in the way. Washington says it has no plans to withdraw its soldiers.

Turkey has been enraged by US support for the YPG, which Ankara views as a terrorist organization and an extension of the outlawed Kurdistan Workers Party (PKK) that has been waging an insurgency on Turkish soil for over 30 years. Washington has backed the YPG in the fight against Islamic State in Syria.