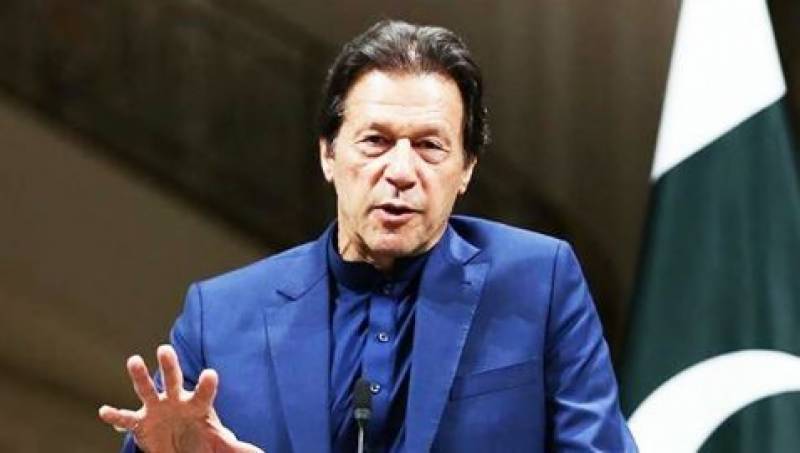 Lahore (Web Desk): Prime Minister Imran Khan on Saturday admitted that the recent sugar and wheat crisis was a result of his government's negligence.

Addressing a ceremony of Sehat Sahulat Cards distribution in Lahore, the prime minister said that an investigation was being conducted to find out who was responsible for surge in prices of wheat and sugar.

PM Imran said that his government was getting to know who had "made money off people through artificial inflation".

He said that the government was making a system which will identify in the future about any product that is about to be short in supply. "We will then import that product or be ready for it," he said.

The premier said that the government was taking steps to move towards welfare model of the state and our priority is to uplift the weakest segments of society.

"For the first time in history, duties on import of health related equipment have been removed and this step will bring revolutionary changes in healthcare system of Pakistan”, PM Khan noted.

"Maintenance of law and order situation will help promote tourism in the country", the PM said.

He said that the development of the national economy is linked with improvement in law and order situation, and rule of law.

PM Khan warned that the government will take swift actions against criminals and land grabbers in the country.

He urged the overseas Pakistanis to make investments in Pakistan's diverse sectors to put the country on road to rapid development.

Briefing the meeting, the managing director of the authority said that Lahore has become one of the 100 safest cities in the world due to measures taken by the Safe City Authority.

During his day-long visit to Lahore, Prime Minister Imran Khan held a one-on-one meeting with Punjab Chief Minister Sardar Usman Buzdar. The two discussed the overall situation in the province and the pace of development projects.

He said the shortage of clean water and unplanned constructions are the main problems of the city.

The PM also directed the chief minister office to ensure completion of the project in prescribed time line.

Prime Minster Imran Khan expressed satisfaction over the roadmap prepared by the provincial administration regarding the completion of the project.

He said that the project would be a wonderful modern city and attractive to the general public.