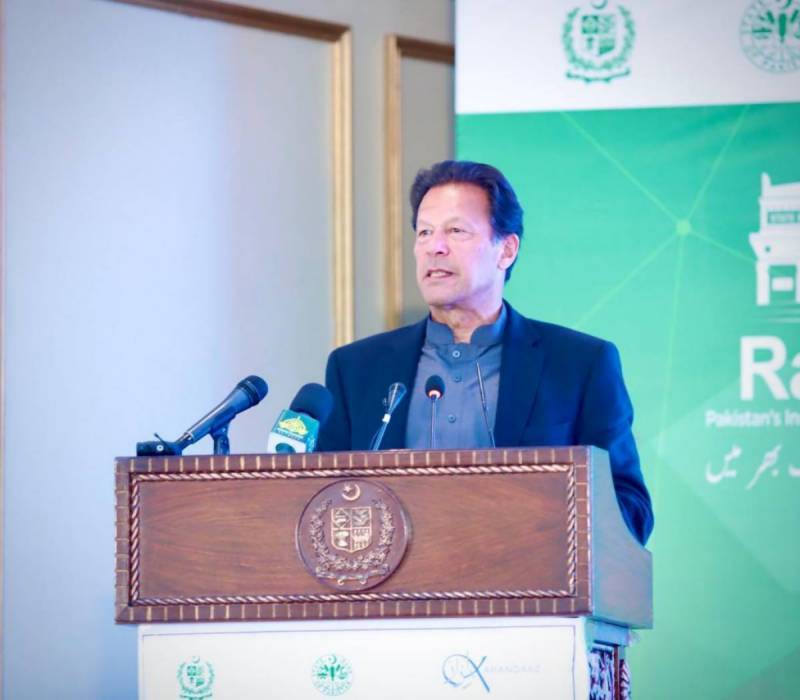 Addressing the launching ceremony in Islamabad, the premier said that country's 220 million population can be turned into a real asset by involving them in the formal economy through digitisation.

PM Imran said Raast will facilitate the common man to do their transactions through cell phones, besides it will also help improve the saving rates.

“Technology is the way through which we can enhance our saving rates as well as tax to Gross Domestic Product (GDP) ratio to take the country forward,” the prime minister said, adding that the government is also using technology in Federal Board of Revenue (FBR) in order to trace those who are not paying taxes regardless of lavish lifestyle.

Reaffirming commitment to lift the people out of poverty, PM Imran said if succeeded in it, it will be the present government's big achievement.

The prime minister also directed the SBP governor to establish a special cell to further facilitate the overseas Pakistanis.

“Overseas Pakistanis are our biggest asset and we need to further facilitate them,” PM Imran said.

In his remarks, Finance Minister Shaukat Tarin termed Raast instant payment system as a revolution in digital banking which will promote e-commerce and IT related exports.

Tarin said that PM Imran will soon announce some new initiatives to help the lower middle and salaried class affected by the price hike. He said Raast can also be used in implementation of those initiatives.

Highlighting the key features of Raast, SBP Governor Reza Baqir said this technological advanced system, which is only available in few countries, will be completely free and the banks will not charge any fee on it.

He urged the people to fully use the system for their payments.

Reza Baqir pointed out that e-banking transactions worth $500 billion were carried out last year.

He said a growth of 30% is being witnessed in e-banking transactions and these will further increase through Raast.

Alluding to the future plans of the SBP, Reza Baqir said that five licenses will be issued for the establishment of digital banks which will cater to the common man.

“We are also enabling the people to remotely open their bank accounts with the help of National Database and Registration Authority (NADRA), said this will bring more people into the banking system.