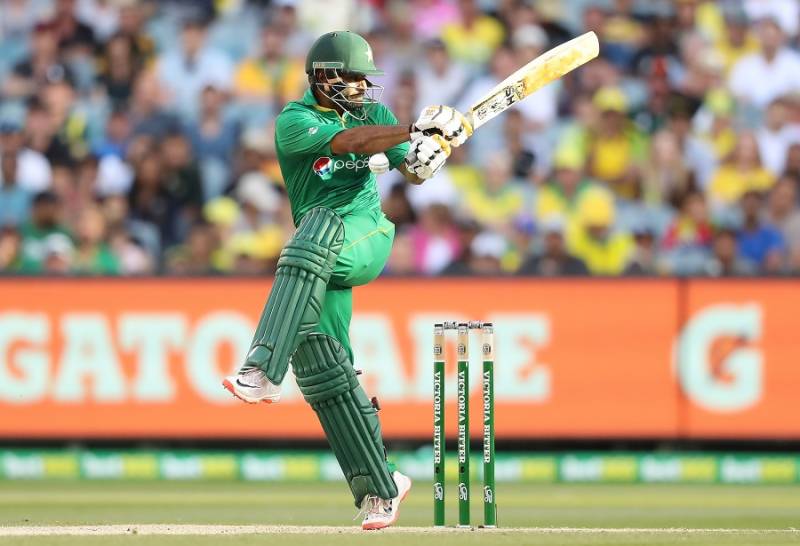 Melbourne (Staff Report): Pakistan defeated Australia by 6 wickets in the second ODI at the MCG on Sunday.

Pakistan started chasing target of 221 after a fierce bowling attack in the second ODI at the MCG on Sunday.

Sharjeel Khan, after guiding Pakistan to a smooth start, fell for 29, with Pakistan at 68-1. Mohammad Hafeez, captaining the side in absence of injured Azhar Ali, fired a fifty as Pakistan crossed 100 without any further loss of wickets.

Earlier, Australia won the toss in the 2nd ODI and elected to bat first against Pakistan, at Melbourne Cricket Ground today (Sunday).

Australia set target of 221 after their stressful innings against Pakistan due to Pakistan's fierce bowling attack in the second ODI at the MCG on Sunday.

Amir had Mitchell Marsh out for a golden duck, as Pakistan put the hosts on the defensive early into the game. Hasan Ali had Travis Head caught behind for 29, while Imad Wasim bowled out Glenn Maxwell for 23. Shoaib Malik bowled out Matthew Wade.

Australian captain Steve Smith made a half century and a sure-footed stand by Brisbane centurion Matthew Wade helped Australia recover somewhat after Pakistan pace attack put the hosts on the defensive.