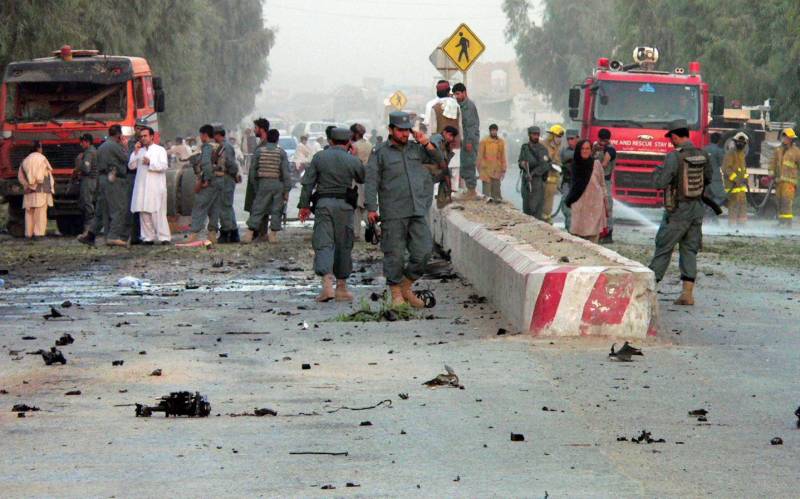 Nangarhar: 6 civilian casualties are reported at the eastern province of Afghanistan, Nangarhar. A bomb planted on the roadside blasted killing 6 including a woman and a child.

An Afghan official says that at least six Afghan civilians were killed when their vehicle was hit by a roadside bomb in eastern Afghanistan.

Attaullah Khogyani, spokesman for the provincial governor in eastern Nangarhar province, said Sunday that a woman and a child are among those killed in the attack.

Two other civilians were wounded by the blast, which took place in Pachir-wa Gam district.

No one has claimed responsibility for the attack, but Taliban insurgents and an Islamic State group affiliate are both active in Afghanistan's eastern provinces.

Afghan insurgents frequently use roadside bombs and suicide attacks to target security forces and government officials, but civilians are often killed or wounded by the attacks.