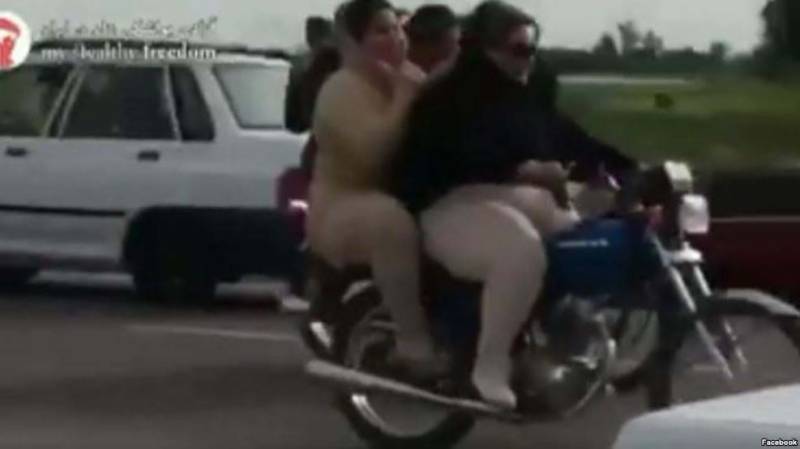 Tehran: Police have arrested two women after being filmed riding a motorbike in Iran.

Officials in the city of Dezful said they had “exploited the opportunity” presented by a lack of police in a national park to commit an “obscene act” worsened by the spread of footage online.

Colonel Ali Elhami, a local police commander, told the state-controlled IRNA news agency the women “committed an action against revolutionary norms and values by riding a motorcycle”. “This manifested the utmost denunciation of religious norms by the two girls and caused serious torment and anxiety among city officials,” he said. “The state security forces carried out an extensive investigation and finally managed to find, arrest, and deliver them to judiciary officials.”

The video shows the women, wearing headscarves and loose clothing, being followed down a road by a large group of male motorcyclists, shouting and whistling. It cuts before they are seen dismounting from the motorbike, surrounded by men taking photos and filming.