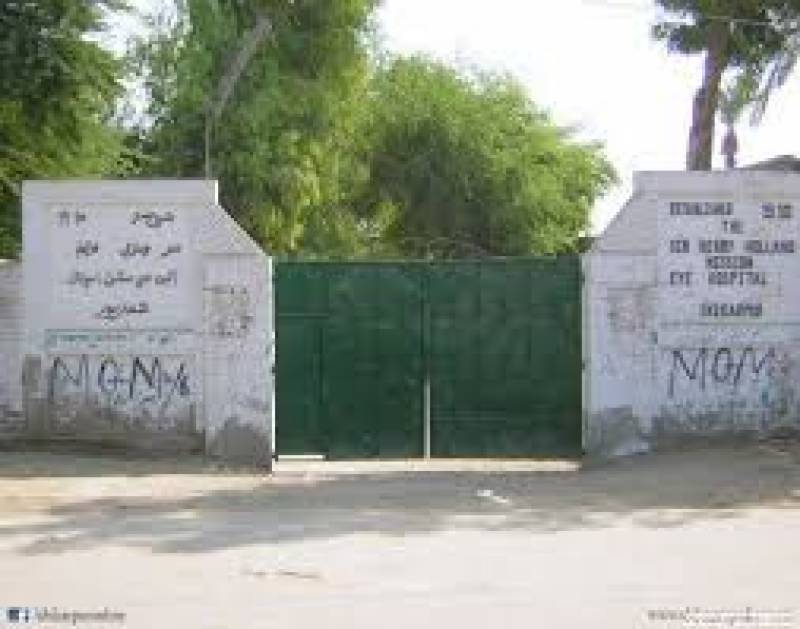 Shikarpur: Hospital are meant for doctors and their lawns are meant to be used as pregnancy labour rooms. A poor women suffering labour pain denied admission at the local hospital gave birth to a baby at a local hospital lawn.

A poor woman on Saturday gave birth to her child in hospital lawn after doctors reportedly refused to admit the pregnant lady in the medical facility at Shikarpur.

The incident exposes shameful situation in government-run hospitals of Sindh where pregnant women lack adequate facilities for birth, most of them die of labour pain. The hospitals even in urban cities of interior Sindh also lack modern treatment facilities for newborns i.e incubators.

Doctors in district hospital of Shikarpur refused to admit the woman since she had no money. They advised her to go to private hospitals.

The woman waited outside the hospital hoping that she would be admitted, but to no avail, and she gave birth to her baby in the hospital’s lawn.

Woman gives birth on Road after being refused entry in Raiwind ...