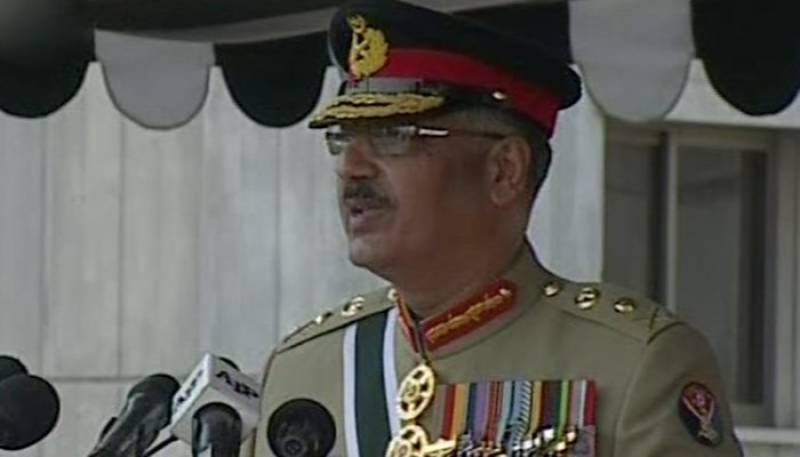 CJCSC General Zubair highlighted while addressing a passing out parade of Naval Cadets in Karachi, “The Indian agency is operating from Afghanistan to sabotage the multi-billion dollar CPEC project. The agency wanted to destablise Balochistan using anti-state elements, adding that all nefarious designs of enemies will be failed. He linked the lasting stability in the region with peace in Afghanistan.

The CJCSC upheld the being loyal to Pakistan is the top priority of every Pakistani.

“Pakistan Navy has played a pivotal role in defending the country’s sovereignty,” he added.

General Hayat reiterated that Pakistan seeks harmonious co-existence with its neighbours, and stated that peace in Afghanistan is fundamental to peace in Pakistan.

The ceremony was attended by dignitaries including the Chief of the Naval Staff Admiral Muhammad Zakaullah.