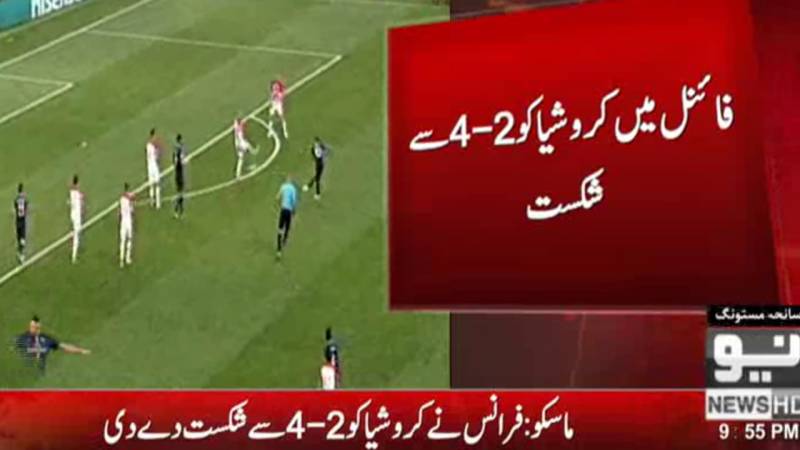 It was high-scoring for a World Cup final, with six goals in total. One was an own goal, one came from a highly ducious penalty and a third came on the back of a hideous goalkeeping rick. The other three, scored by Paul Pogba, Kylian Mbappe and Ivan Perisic were quite outstanding and fit to grace any World Cup final.

Didier Deschamps celebrates with his overjoyed players as their fans cut loose in the stands and in the streets and squares of France.

For Croatia, it’s a boulevard of broken dreams, but they can go home with their heads held high. They dominated this match for long periods, putting France under immense pressure. France enjoyed a bit of luck but were ultimately worthy winners. As Dider Deschamps gets the bumps from his players, Antoine Griezmann stands to one side weeping salty tears of joy.