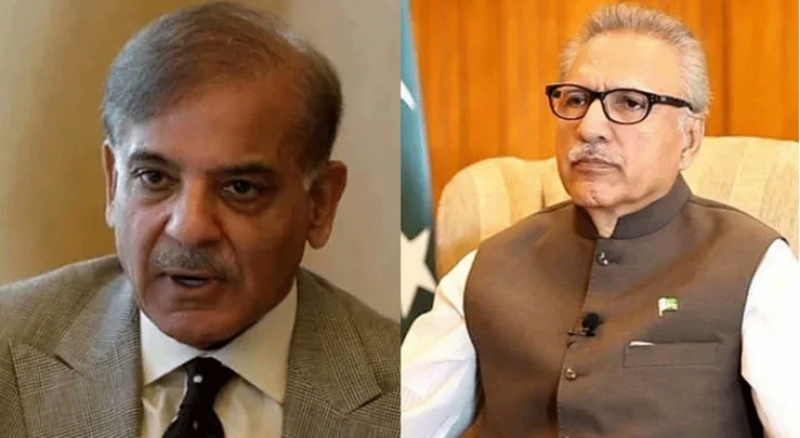 In a message of condolence, the president prayed for the elevation of the ranks of the martyr in heaven and for giving patience to the bereaved family to bear the immense loss with fortitude.

President Alvi said that the nefarious tactics of the terrorists could not weaken resolve of the nation and the whole nation stood with the armed forces in the war against terrorism.

In a condolence message on Twitter, the premier said that the law enforcement agencies will hunt down all those who perpetrated this heinous crime and bring them to justice.

"My thoughts and prayers are with the bereaved family. Nation grieves with them and shares their sorrow,” PM Shehbaz said.

Deeply grieved over martyrdom of Lt Col Laiq Baig Mirza in Balochistan. Our law enforcement agencies will hunt down all those who perpetrated this heinous crime & bring them to justice. My thoughts & prayers are with bereaved family. Nation grieves with them & shares their sorrow

Lieutenant Colonel Laiq Baig Mirza, a high-ranking official of the Pakistan Army, embraced martyrdom after terrorists shot him, the Inter-Services Public Relations (ISPR) confirmed in a statement on Thursday.

According to the military's media wing, on the night between July 12-13, a group of 10-12 terrorists abducted Lt Col Laiq shaheed, who was serving in DHA Quetta, along with his cousin Umer Javed near Warchoom, Ziarat, as they were returning to Quetta after visiting Quaid-e-Azam's residency.

On receiving information, Army Quick Reaction Forces were immediately dispatched to chase the fleeing terrorists. They were traced moving to their hideouts in the general area of Mangi Dam.

Resultantly, on night 13 July, a group of 6-8 terrorists was spotted while moving towards a nullah in nearby mountains by one of the teams of security forces. On sensing their possible encirclement, terrorists shot Lt Col Laiq Shaheed and attempted to flee the site.

In the ensuing exchange of fire, two terrorists were gunned down by the security forces, while a huge cache of improvised explosive devices (IEDs), explosives and ammunition have also been recovered from their hideout.

However, in the process, the remaining terrorists, along with the other abductee Omer, were able to flee for the time being.

Determined to recover the innocent civilian hostage and apprehend perpetrators, a sanitisation operation in the area by security forces continues unabated for the last 36 hours despite bad weather conditions.

Security forces remain resolute to thwart such cowardly attempts at sabotaging the peace, stability and progress of Balochistan, the ISPR said.