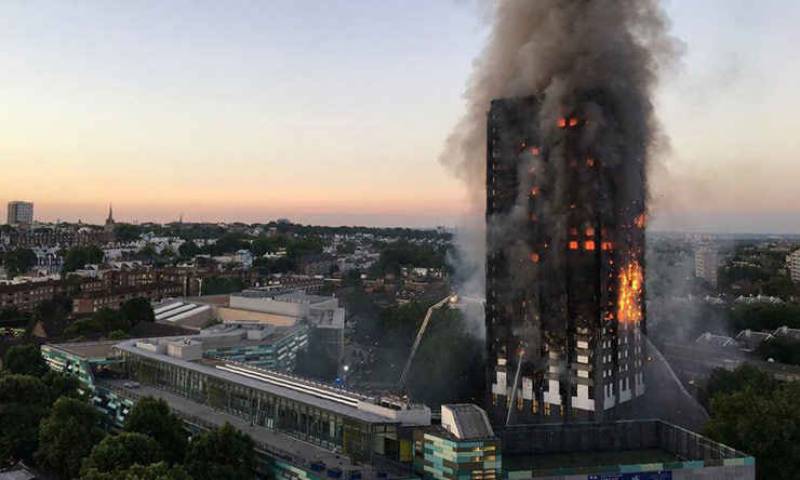 London (Web Desk): A baby was caught by a member of the public after being dropped from Grenfell Tower as it was engulfed with flames, The Telegraph reported.

Samira Lamrani, a witness said, she saw a woman try to save a baby by dropping it from a window "on the ninth or 10th floor" to waiting members of the public below.

"People were starting to appear at the windows, frantically banging and screaming," she said.

"The windows were slightly ajar, a woman was gesturing that she was about to throw her baby and if somebody could catch her baby.

"Somebody did, a gentleman ran forward and managed to grab the baby."

She added: "I could see people from all angles, banging and screaming for help.