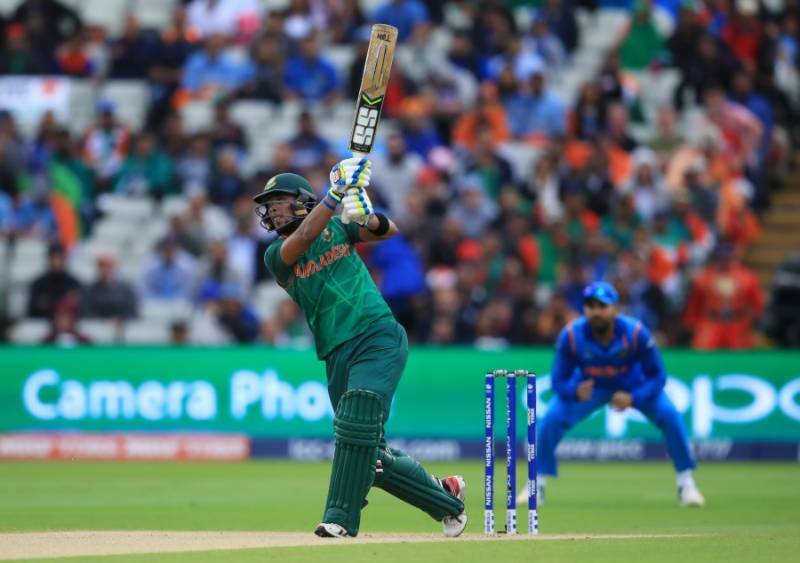 India won the toss and opted to bowl against Bangladesh.

According to details, the winner of the game would play Pakistan in the tournament final on Sunday. Pakistan thrashed hosts England by eight wickets on Wednesday to reach their first ever final of the Champions Trophy and their first ICC final in eight years.

Bangladesh is appearing first ever in semi-final of ICC tournament.

Speaking in a pre-match press conference,India captain Virat Kohli warned that his team would not take Bangladesh for granted.

"As we've seen, a lot of teams have surprised the opposition and we're certainly not taking anything for granted."

He added, "Going into a big game like this, we´re going to treat it as how we treated the last game. Our mindset does not differ."

Earlier, Bangladesh sealed their place in the last four with an impressive five-wicket victory over New Zealand in Cardiff. They were looking at an embarrassing defeat when they slumped to 33 for four but Shakib Al Hasan (114) and Mahmudullah (102 not out) turned the match around with a brilliant new Bangladesh record stand of 224.