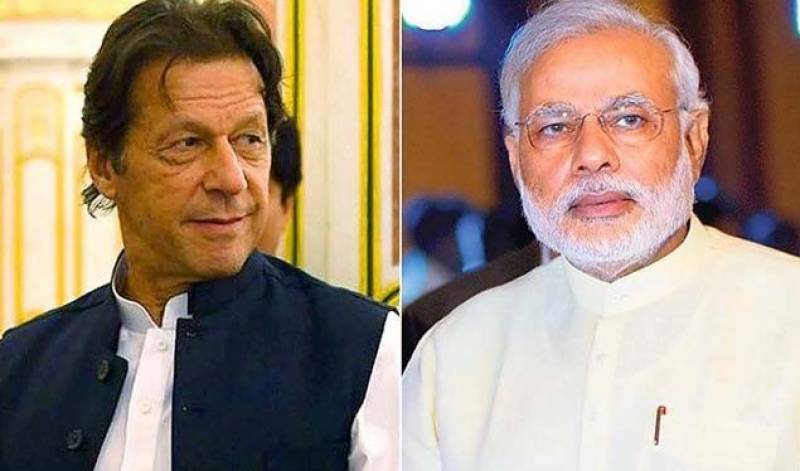 Foreign Minister Shah Mahmood, in an interview with a private news channel, said that Prime Minister Imran Khan and his Indian counterpart Narendra Modi shook hands and exchanged pleasantries during their interaction on the sidelines of the meeting.

On May 26, PM Imran Khan telephoned his Indian counterpart Modi and expressed his desire to work together.

He had also congratulated his Indian counterpart Narendra Modi on May 23 on the victory of Bharatiya Janata Party (BJP) and its allies in the country's elections.

In his message posted on Twitter, PM Imran Khan had said he was looking forward to working with Narendra Modi for peace, progress and prosperity in South Asia.

Since coming into power in 2018, PM Imran Khan has repeatedly voiced Pakistan’s desire for peace, but the Modi administration has not reciprocated these peace gestures.

On May 13, Prime Minister Imran Khan reached Bishkek, Kyrgyzstan to represent Pakistan at the 19th Meeting of the Council of the Heads of State of the SCO.