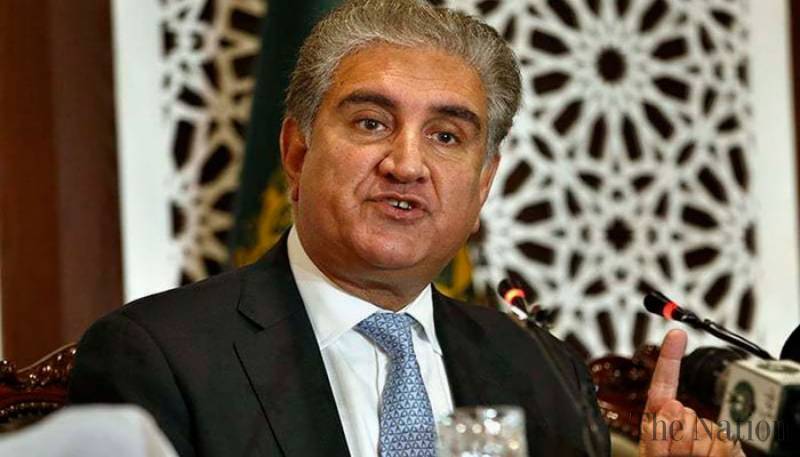 In a statement, he noted that the Afghan peace process has reached a critical phase.

“The parties will not gain anything from allegations,” he said.

The foreign minister reaffirmed Pakistan's commitment for peace and stability in the region. He said Pakistan will not allow its land to be used against any other country.

“Instead of being a spoiler, India should work for peace in the region,” FM Qureshi said.

Shah Mahmood Qureshi said the minorities in India are under great stress and feeling insecure.

He added that a large segment in India has rejected the strategy of Modi Junta.