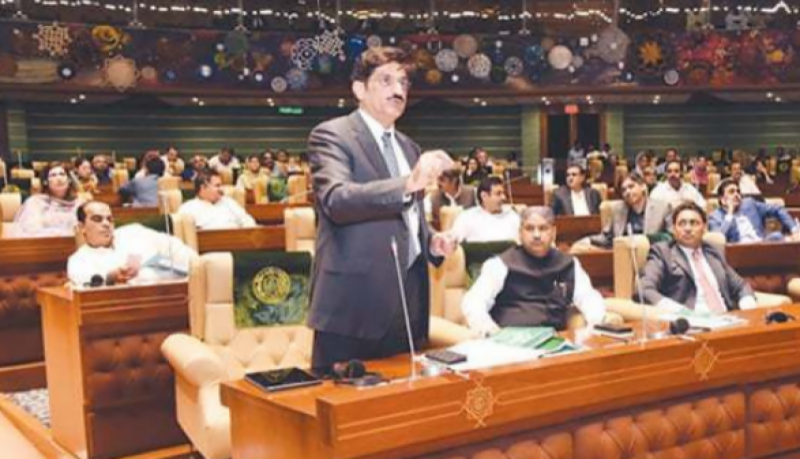 According to details, Chief Minister Syed Murad Ali Shah, who also holds the portfolio of finance, unveiled the budget in the Sindh Assembly.

On the occasion, he announced 20 percent increase in the salaries of provincial government employees and minimum wages for workers from Rs17,500 to Rs25,000.

10 percent increase in the pension of retired employees has also been proposed in the budget.

Murad Ali Shah said spending on development for next financial year has been increased by 41.3 percent.

He said an amount of Rs222.500 billion has been earmarked for Annual Development Programme (ADP) which is 43.5 percent more than the ADP of current financial year while 100 percent increase has been made in district development programme for next financial year.

The Sindh CM said government has decided to continue Rs30.90 billion social protection programme for the poor as the economic stability package.

He said government has increased the budget for education sector by 14.2 percent with an allocation of Rs277.56 billion, whereas Rs172.08 billion have been earmarked for health sector which is 29.5 percent higher than current fiscal year.

The Sindh government has allocated an amount of Rs24.73 billion for infectious diseases including COVID-19.

CM Murad Ali Shah announced that allocation for agriculture sector has been increased from Rs14.8 billion to Rs15.26 billion.

An amount of Rs119.97 billion has been allocated for the law and order in the province.