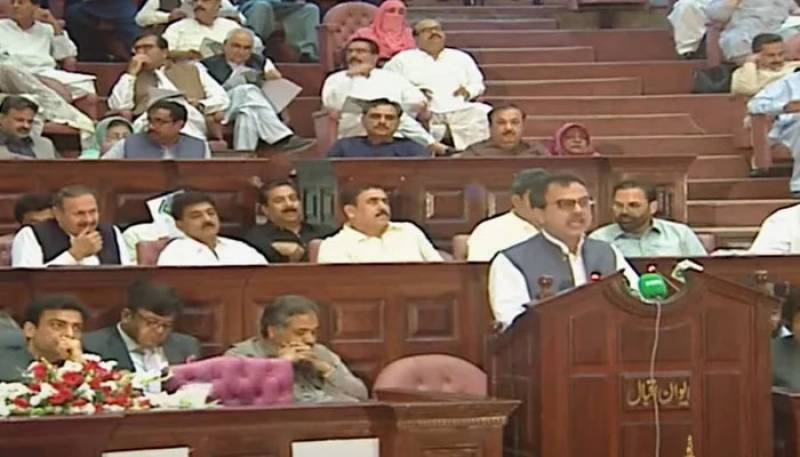 Lahore (Web Desk): The Punjab government on Wednesday presented the budget for the fiscal year 2022-23 after in a parallel session of the provincial assembly held at the Aiwan-e-Iqbal after Speaker Chaudhry Pervaiz Elahi of Pakistan Muslim League-Quaid (PML-Q) halted the budget session amid deadlock between the Pakistan Muslim League-Nawaz (PML-N)-led coalition government and the opposition.

The Opposition and the government convened two separate sessions at the Punjab Assembly and the Aiwan-e-Iqbal, respectively.

The opposition's session started today but has been adjourned till 1pm on Thursday, while the session convened by the government started after 4pm.

Earlier approved by the provincial cabinet, the health budget has been jacked up by 27% with Rs470 billion. An amount of Rs5 billion was allocated to Pakistan Kidney & Liver Institute and Research Centre.

The government has earmarked Rs1 billion for setting up the first nursing university in Punjab.

The education budget has been increased by 17%. Rs1.5 billion were allocated for new Danish schools.

The budget has proposed a 15% increase in the salary of public sector employees, 5% raise in pensions of retired officials and the minimum wage for unskilled workers has been increased from Rs20,000 to Rs25,000 per month.

Development projects will get Rs685 billion, and Rs528 billion have been allocated to local governments and Rs109.1 billion for foreign-funded projects.

The budget proposes a wide range of subsidies and relief packages worth Rs190.58 billion and around Rs1.712 trillion for service delivery in various sectors.

Meanwhile, the government's flagship initiatives during the next fiscal have been proposed for Rs100 billion for social protection (utility support programme), and Rs31.5 billion for south Punjab alone.