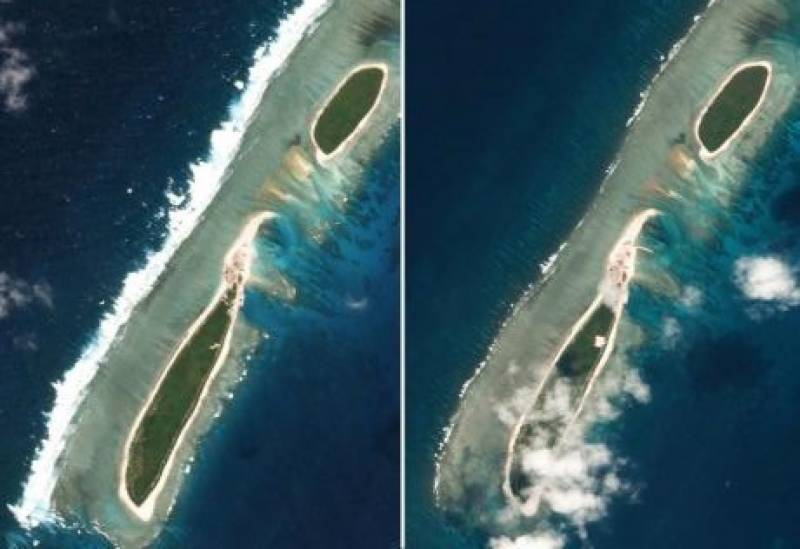 Hong Kong (Reuters): New satellite images showed that China has began construction work in the disputed South China Sea, a sign that Beijing is continuing to strengthen its military reach across the vital trade waterway.

Regional military attaches and experts believe the work shows China's determination to build up its network of reefs and islets, even if it is seeking to avoid a fresh confrontation with the new administration of U.S. President Donald Trump.

An image of North Island in the Paracels group taken on March 6 shows recent work including land clearing and possible preparation for a harbor to support what experts believe may be eventual military installations. Initial work was damaged in a typhoon last year.

The pictures, provided by private satellite firm Planet Labs, follow reports in January showing work undertaken on nearby Tree Island and other features in the Paracels, which are also claimed by Vietnam and Taiwan.

Diplomats briefed on latest Western intelligence assessments say Beijing is pursuing efforts to dominate its maritime 'backyard', even if it tweaks the timing of moves to avoid being overtly provocative.

Carl Thayer, a South China Sea expert at Australia's Defence Force Academy said, "The Paracels are going to be vital to any future Chinese attempt to dominate the South China Sea."

"We can see they are committed to militarization, whatever the official rhetoric tells us, even if they are going to do it bit by bit."