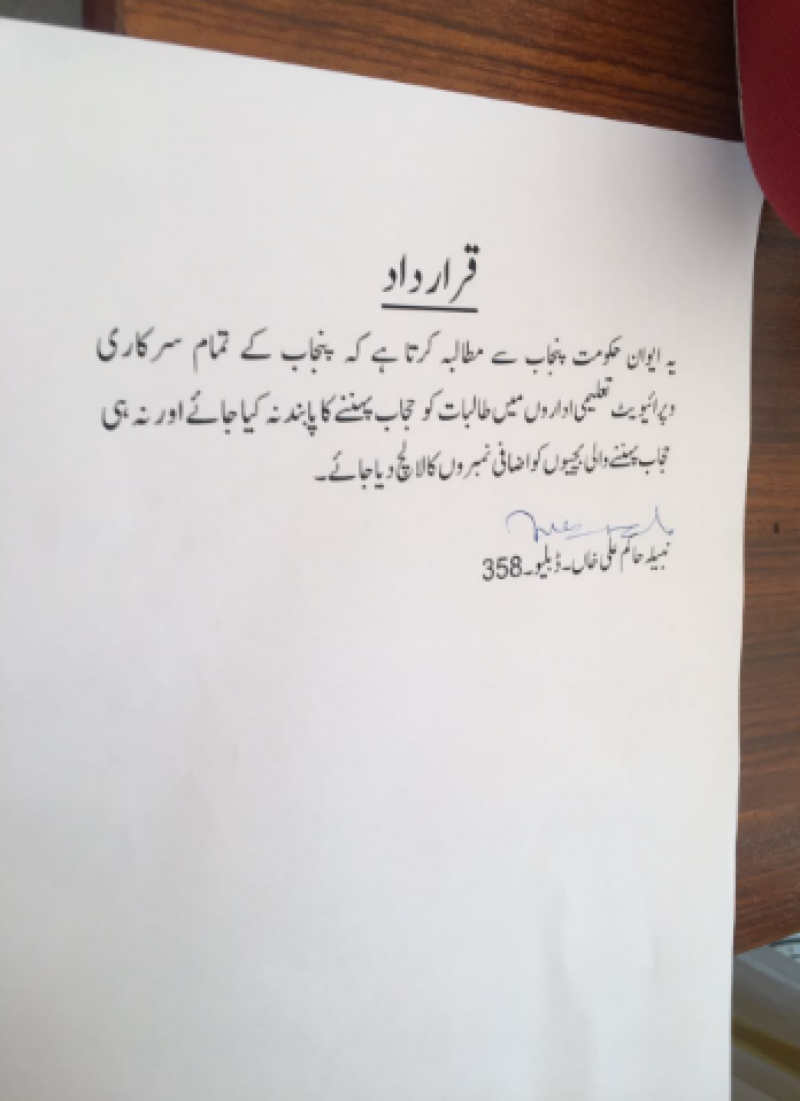 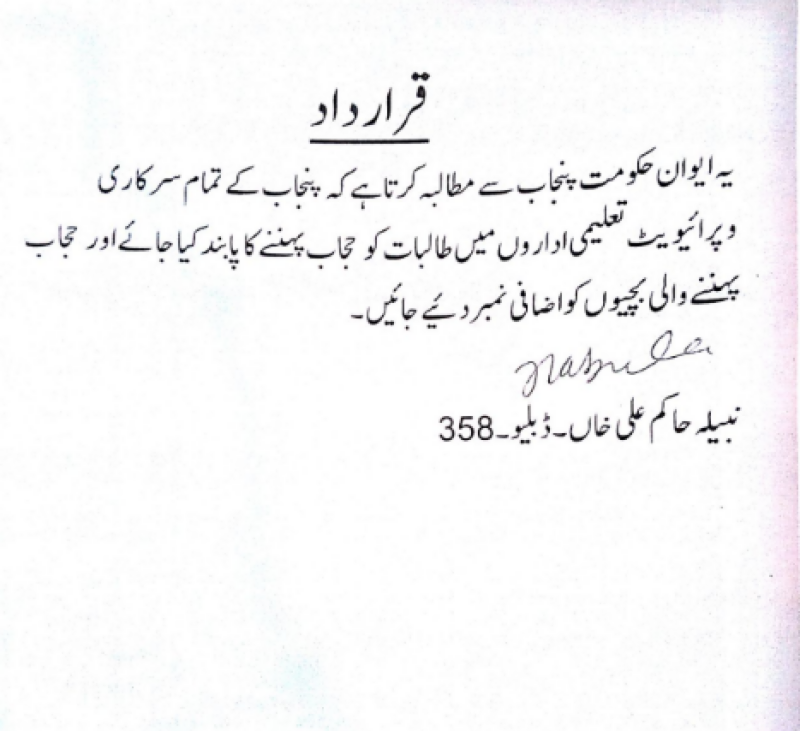 Lahore: It is perhaps a strange case of irony because within minutes, a female Pakistan Tehreek-e-Insaf Punjab Assembly member on Wednesday submitted and withdrew a resolution calling to make the hijab mandatory at college-level across the province.

According to reports, PTI MPA Nabila Hakim Ali submitted the resolution during a Punjab Assembly session to demand that the hijab by made mandatory at all public and private colleges. but later withdrew it for reasons unknown.

What's interesting is the two versions of the same story. Some say that due to clerical error the word "نہ"to the draft resolution .Other Version says that two side by side resolution one in favour and the other against were drafted and the wrong one was submitted to the Assembly.