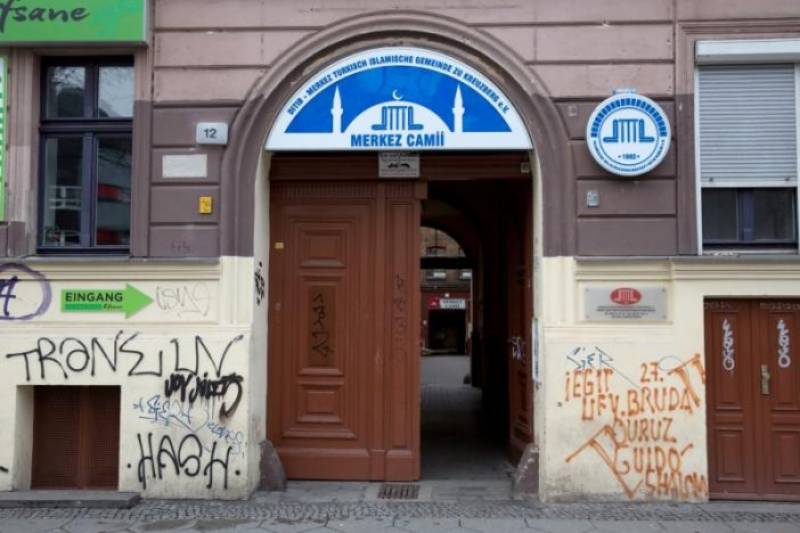 Berlin, Germany (Reuters): German Interior Minister Thomas de Maiziere said on Tuesday that Germany's largest association of mosques needs to undertake fundamental reforms to ensure its independence from Turkey after reports that its clerics spied on people in Germany.

The association of mosques, Ditib, brings clerics from Turkey to serve the three million people with a Turkish background who live in Germany. In January, Germany's chief federal prosecutor opened an investigation into possible spying by clerics sent by Ankara.

De Maiziere said after a meeting of the German Conference on Islam, "Concrete steps are needed to clearly and transparently ensure the autonomy and independence of the national association and the state associations of Ditib."

De Maiziere's comments came as tensions rise between Turkey and European countries like Germany and Netherlands, where concern has grown about an increasingly authoritarian tone from Ankara.

They also follow a warning from Germany's domestic intelligence agency last week about a big increase in Turkish spying in Germany before an April 16 referendum in Turkey on increasing the powers of Turkish President Tayyip Erdogan.

Turkey's Diyanet religious authority denied any involvement by its imams in illegal activities and said investigations over alleged espionage defamed the organization.

De Maiziere also expressed concern the reports of possible spying by Ditib clerics and said such actions would be unacceptable if proven true. He said an organization influenced to such an extent by another country could not meet the conditions required to be considered a religious community.

Only clear steps to shore up its autonomy would allow Ditib to maintain its status as religious organization in Germany, the minister said. He said German states were correct to examine whether they wanted to continue working with Ditib in shaping Islamic religious studies in their schools.