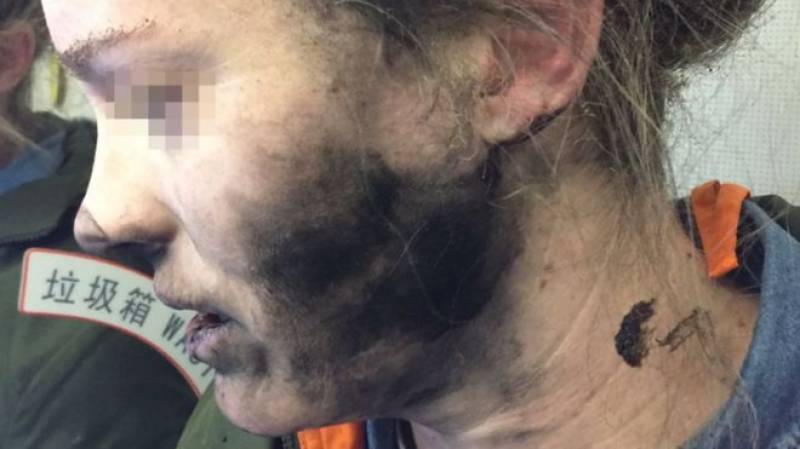 Sidney (Web Desk): The woman's headphones caught fire in an Australian flight. The woman was left with blisters on her hands and a blackened face.

According to details, the dangers of using battery-powered devices on flights have been warned by Australian authorities, after a woman's headphones caught fire.

During flight the woman was dozing on a flight from Beijing to Melbourne when the sound of an explosion woke her up. The woman tore the headphones off to find them sparking, catching fire and beginning to melt, fire let her with a blackened face and blisters on her hands.

According to the passenger, who has not been named, informed the Australian Transport Safety Bureau (ATSB) that when the explosion occurred she was listening to music.

The woman told, "I just grabbed my face which caused the headphones to go around my neck. I continued to feel burning so I grabbed them off and threw them on the floor. They were sparking and had small amounts of fire."

The flight crew members rushed to help and eventually put out the fire by pouring a bucket of water on the headphones. The plastic cover and battery of the phone had melted and stuck to the floor. The ATSB said in its report, "For the remainder of the flight, passengers endure the smell of melted plastic, burnt electronics and burnt hair".

The brand of headphones did not mention in the report by ATSB, but it is believed that a fault with a lithium-ion batteries was the likely cause.

Later the ATSB published a set of guidelines for travelling safely with batteries and power packs, warning that "as the range of products using batteries grows, the potential for in-flight issues increases".

It is pertinent to mention that in recent years, there have been a number of problems with lithium batteries on flights.