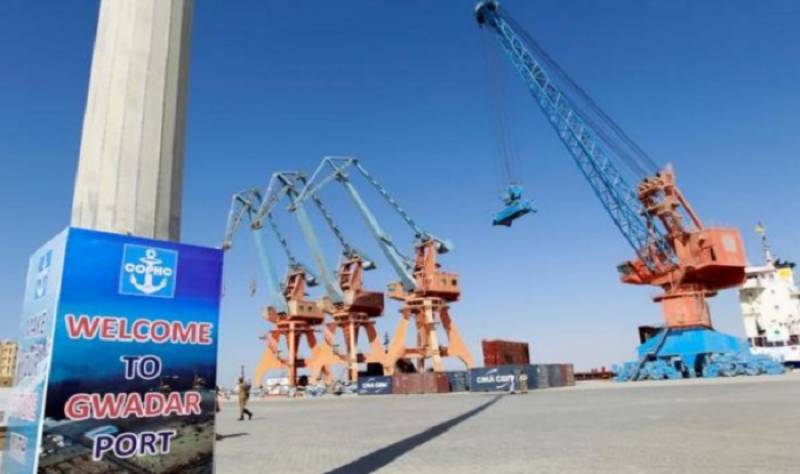 Gwadar (Web Desk): The commanding officer of PNS Akram, Commander Shahid Ahmed said, without maritime security of the Gwadar port and its approaches, dividends of the China-Pakistan Economic Corridor (CPEC) could not be accrued.

A surveillance station PNS Akram that was set up in 1983 at Gwadar, is considered the eyes and ears of Pakistan Navy, from where they not only monitor activities at the Gwadar port but also in the North Arabian Sea.

“Gwadar port has enormous strategic importance for Pakistan as it is the focal point of the CPEC,” the commanding officer pointed out at a press briefing.

PNS Siddiq in Turbat is the primary airbase for fixed wing aircraft, confined for the protection of Gwadar. The unit also provides facility to anchor to foreign naval units.

There is secondary airbase PNS Makran at Pasni, which is for naval aviation and is used for both rotary wing and fixed wing aircraft. The naval base at Jiwani is another surveillance station coordinating with the maritime headquarters in Karachi.

The 3rd and 4th battalions have been raised to protect the Gwadar port and provide harbour defence.

The navy had been entrusted with the security of the Gwadar port, including the fish harbour, the entire hammerhead-shaped peninsula, including Koh-i-Batil, and the Chinese nationals residing in Gwadar, said Commander Ahmed. The navy has also raised the maritime security Task Force-88 on Dec 13, 2016 to safeguard the Gwadar port.

Commander Ahmed shared, “The area of responsibility of Task Force-88 starts from Gwadar Bay to Basol, extending seaward up to six nautical miles from the baseline of Pakistan. This includes the approaches to Gwadar port as well”.

He said, “The area includes a number of bays, including Gwadar Bay, Gwadar West Bay, East Bay and Pasni Bay”. Astola Island in the south of Pasni and a number of water indentations also come in the area of responsibility of Task Force-88.

fishing boats are used to carry out fishing. Group fishing is also conducted in Gwadar, Jiwani and Pasni.

Commander told, “Over 700 registered and 1,200 unregistered fishing boats operate in our area. The unregistered boats might be used for smuggling and illegal trafficking. The possibility of terrorists using such boats cannot be ruled out,” he added that registration of the boats was not the job of the navy or the Pakistan Maritime Security Agency (PMSA).

The Balochistan fisheries department is responsible for it.

For the security of the Gwadar port a rare defence mechanism is being followed.

Commander Ahmed concluded, “Surveillance is upheld through sectors and radars at PNS Akram through which we coordinate with the entire area on land and the sea. We have patrolling boats for vigilance. The PN ships and helicopters are also operating and we are doing all this in close coordination with the PMSA”.