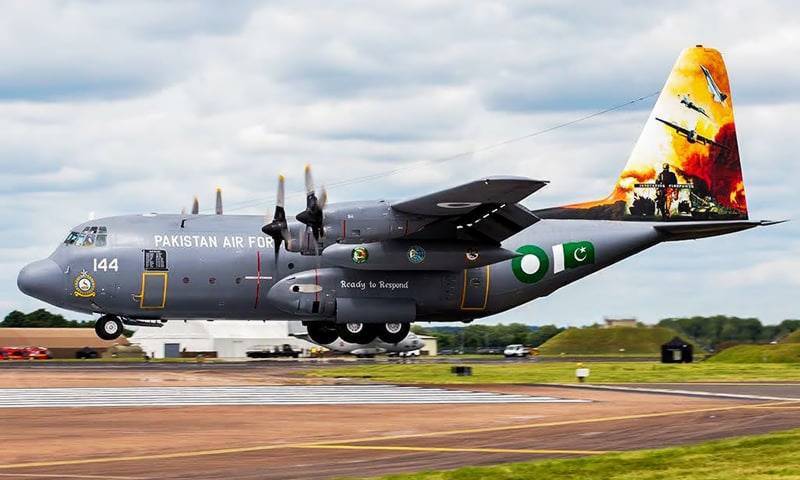 The PAF engineering team handed over the indigenously refurbished aircraft to PAF in a ceremony held at PAF Base Nur Khan to mark rollout of the 50th C-130 aircraft.

Air Chief Marshall Sohail Aman was the chief guest at the ceremony. The air cheif marshall appreciated PAF’s achievement and stressed that the challenges faced by the country demand focus on indigenous capabilities.

He also said, “It is because of the confidence and professional excellence of the PAF personnel that a number of programmes aimed at indigenisation have been initiated.”

The Air Chief Marshall vowed that the PAF would always come up to the expectations of the nation.

He further added that the Pakistan Air Force has maintained balance of power in the region and if faced by any challenges, it would always fulfill the nation’s expectations.

He also lauded PAF's role in the war against terrorism and said that besides fighter jets, C-130s also contributed remarkably in the campaign.