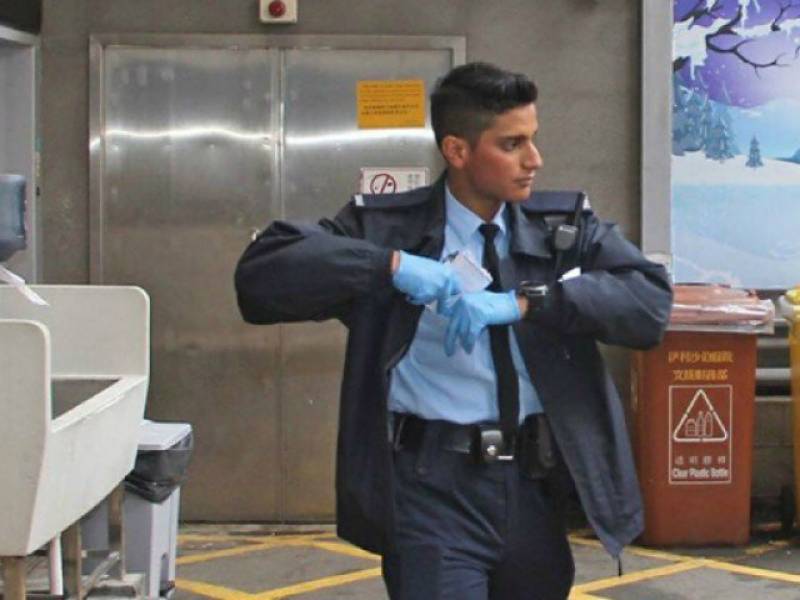 Hong Kong (Web Desk): A Hong Kong policeman of Pakistani descent has become an overnight hero after he talked a man out of committing suicide.

According to details, Hong Kong policeman Ifzal Zaffar, 20, is a fluent speaker of Urdu has saved a suicidal Pakistani man, just after a little conversation. The police reached to the scene were the suicidal man had climbed up a crane at a construction site and police were called to the.

Ifzal Zaffar climbed up the 65ft crane and exchanged words with the man, after which he agreed to come down and was taken to a hospital.

“I used the techniques we learned at the academy … I think he felt safer knowing that I could talk to him in his own language,” Ifzal Zaffar said to international media as he is also is also fluent in Cantonese.

The commanding officer praised the way the 20-year-old Zaffar handled the situation.

Zaffar joined the police force just under a year ago, and is the only Pakistani origin officer in the district.

“Bravo to this young man and thank you to the HK police force for bringing him in. Hope more such stories can be seen to show HK is indeed a multi-cultural city,” said the Muslim Council of Hong Kong and also lauded Zaffar’s integrity.

Moreover, the 20-year-old’s good looks have also been noted by media outlets, with him being branded “pretty boy cop” and “Hong Kong’s most handsome police officer”.

On an interview video shared by the Hong Kong Police on Facebook, people praised the young man’s actions.

A Facebook user Nuna Priya gushed, “He is very handsome yet having a golden heart”.