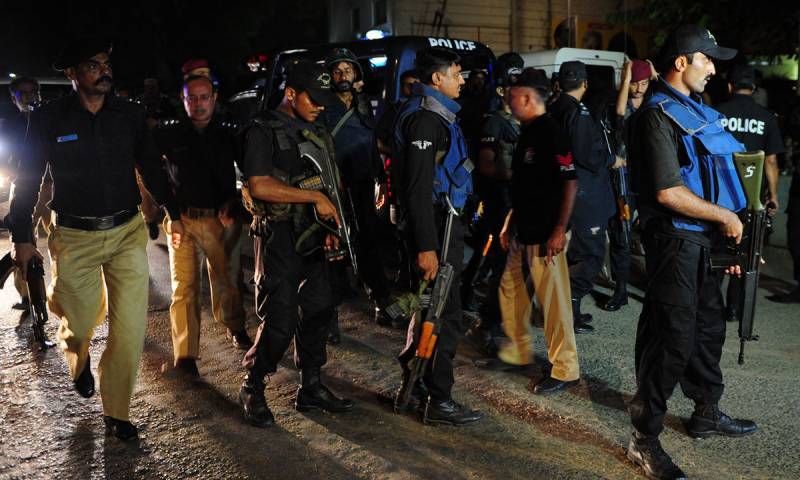 Karachi (Staff Report): Police has detained at least ten suspects during raids in various areas of the metropolis in the wee hours of Wednesday.

Two robbers were killed during an exchange of fire with police during a raid in Gul Goth near Super Highway, weapons and motorcycles were recovered. Police said, both the robbers were involved in various robbery and murder incidents.

Over 100 suspects detained under Operation RaddulFasaad