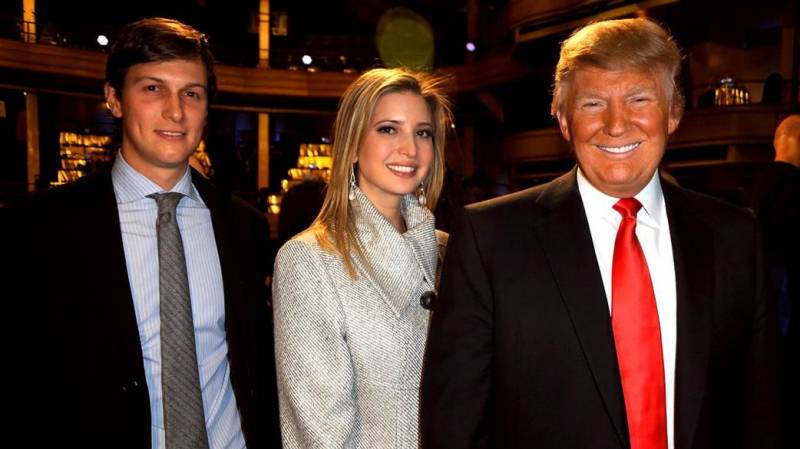 Washington: US President Donald Trump’s son-in-law Jared Kushner is set to receive over $400 million from a Chinese company which is investing in Kushner’s marquee Manhattan office tower at 666 Fifth Ave, Bloomberg reported.

Many experts have raised eyebrows over the unusually high valuation by the Chinese company, considering it immensely favourable for the Kushners. The transaction, if it goes as planned, will make the Kushners partner with Anbang Insurance Group, a Chinese corporation. There is more to this agreement that is taking place between Trump’s son-in-law and the Chinese company: Anbang has special links with the Chinese power structure owing to which many have security concerns for the United States. Also, as the agreement will see its implementation, the Kushners will see much of the outstanding mortgage amount disappear.

The $2.85 billion valuation of the building in the broader deal would make the 41-storey structure the most expensive building in the history of New York City., When contacted, Kushner Cos. declined to give any comment and said the deal is still in its initial stage.

“Kushner Companies has taken significant steps to avoid potential conflicts and will continue to do so,” A company spokesperson, James Yolles, said adding that Jared Kushner had earlier distributed the ownership of the building, mentioned in the agreement, to the family members in order to avoid any conflict with his role in the White House.

“At the very least, this raises serious questions about the appearance of a conflict that arises from the possibility that the Kushners are getting a sweetheart deal,” said Larry Noble, general counsel at the Campaign Legal Center. “A classic way you influence people is by financially helping their family.” The agreement will also let Kushner Cos. get other deals with the federal government.

Kushner, who is husband to Trump’s daughter Ivanka, has now surfaced as a de facto US envoy under the current presidency. He was seen at a meeting between the US president and Yang Jiechi, China’s top diplomat.