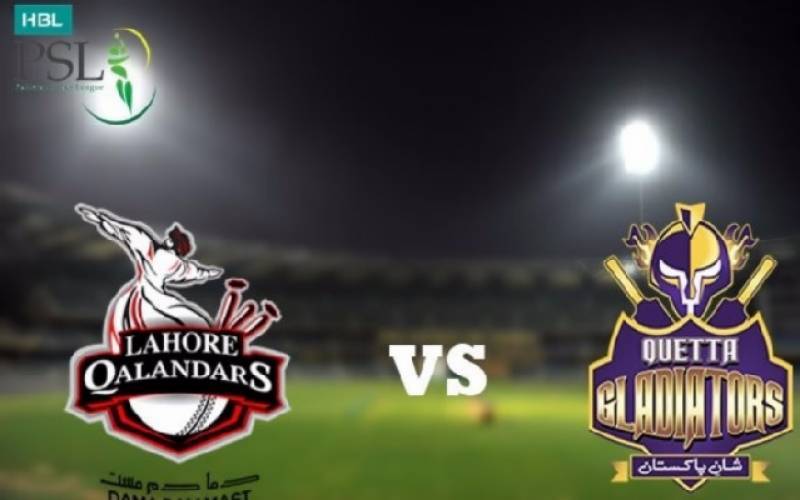 The match started on 09:00 pm PST, Lahore Qalanders bat first and set 187 runs target in 20 overs however, Quetta Gladiators could not meet the target and scored 169 runs.

It is pertinent to remember that Quetta Gladiators has already qualified for play off while Lahore Qalanders has already been knocked out of the PSL event after losing 6 matches continuously.