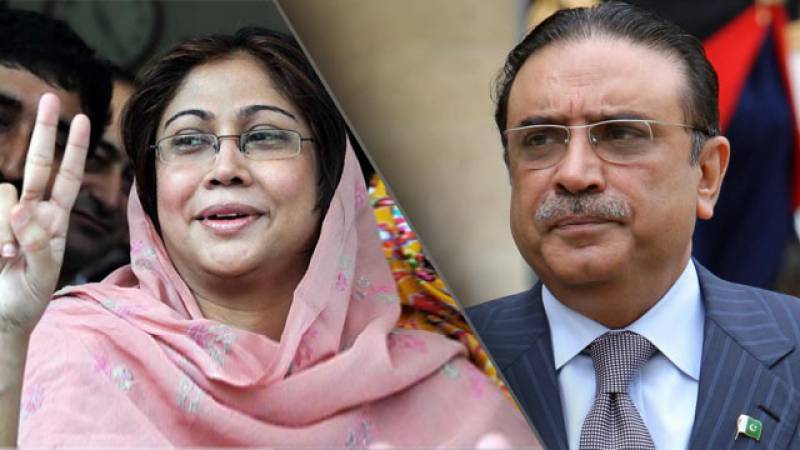 On March 11, the court reserved its verdict on the NAB’s plea, requesting to transfer the case — against Pakistan Peoples Party co-chairman Asif Ali Zardari, his sister Faryal Talpur and others to Rawalpindi.

As the hearing began, former president Asif Zardari’s counsel, Farooq H Naik, submitted a request for exemption from hearing on behalf of the former president which was accepted by the court.

Reading out the FIR registered by FIA, Naik said, "This court does not have the authority to transfer the case to Islamabad."

Zarari's counsel said that there were "no grounds" for transferring the case to Rawalpindi, and pointed out that the top court had ordered that NAB concludes its investigation within two months, which he said had already lapsed. He further said that it was "important to review" Section 16-A (transfer of cases) of the National Accountability Ordinance, 1999.

The NAB had formed a combined investigation team to probe the mega money laundering scam.

The move came in light of the Supreme Court’s judgment in the fake accounts suo motu case.