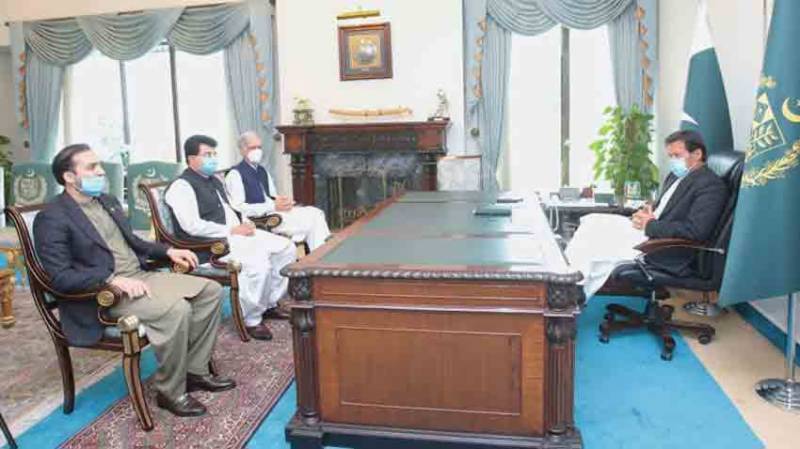 The premier felicitated them on their election as the chairman and the deputy chairman of Senate, Radio Pakistan reported.

Speaking on the occasion, PM Khan said leading the Upper House by representatives from Balochistan and erstwhile tribal areas is an honour for the people, who have been ignored in the past, and now their election will further strengthen the federation.

The PM also expressed the hope that the chairman of the Senate, in his second term, would continue discharging his responsibilities in the Upper House in the same manner in which he had performed his duties in the past.

Defence Minister Pervaiz Khattak was also present during the meeting.