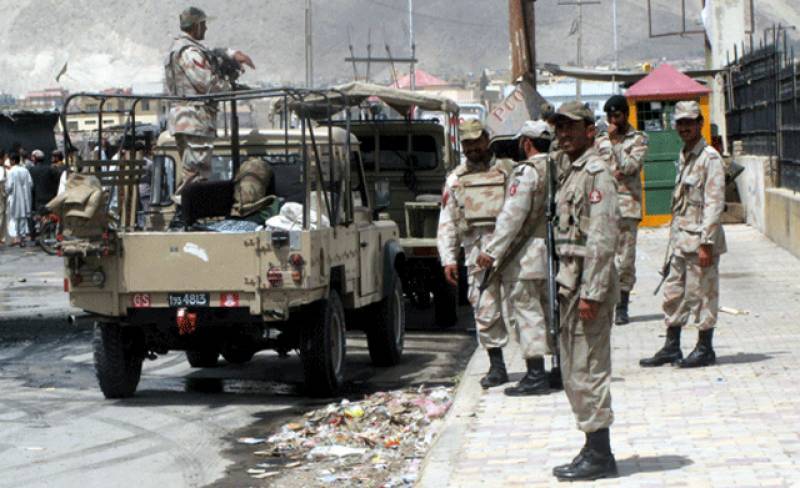 Sibi (Web Desk): At least four Frontier Corps (FC) soldiers were martyred and six others were injured in an improvised explosive device (IED) blast near a security forces' convoy in the area of Sangan Tehsil of Balochistan's Sibi district.

According to security sources, soon after the incident, security forces cordoned off the area and rescue services shifted the bodies of the deceased and the injured to the Combined Military Hospital (CMH) via an air ambulance.

"The condition of the six injured FC soldiers is said to be critical," a security official said.

Condemning the incident, Adviser to Balochistan Chief Minister on Home Mir Zia Langove stated that the injured FC personnel should be provided the best medical treatment.

He also expressed grief over deaths caused by the blast.

"Terrorists are making failed attempts at sabotaging peace in Balochistan through such cowardly acts," Langove said.

The incident occurs a week after a suicide bomber struck along the route of President Arif Alvi’s motorcade in Sibi, claiming the lives of at least six security personnel and leaving 22 others, including 19 law enforcers, injured.

The suicide bomber had blown himself up near a government rest house on Jail Road after the motorcade of President Alvi and other VIPs passed through the area on their return from the concluding ceremony of the annual Sibi festival held at Sibi Stadium.