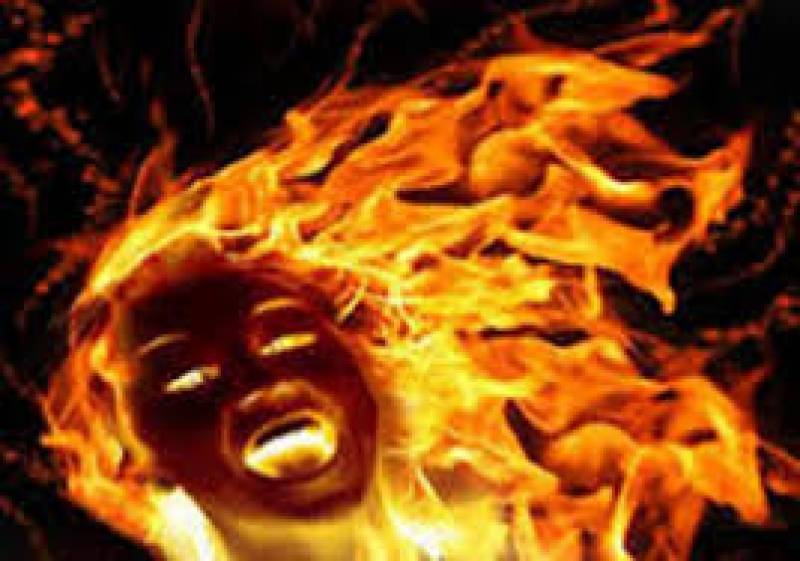 Multan (Web Desk): In-laws set a woman on fire in Okara on Monday for not conceiving a child during her three years of marriage, leaving her with severe burn injuries.

According to police, Aasia’s in-laws poured petrol over her and set her ablaze at their home after the incident neighbours admitted the woman ‘Aasia Bibi to the District Headquarters Hospital Okara.

The neighbours came as they heard Aasia’s screams, rushed to the house to save her and immediately took her to the hospital in a serious condition.

Police reported, the motive behind the crime was that she had not given birth to a child during her three years of marriage. Aasia’s husband, Afzal, was happily married to her, but his family continuously admonished her for remaining childless.

Aasia’s in-laws along with two other accomplices, Mir Islam, Fazil and Bagh Ali, doused her in petrol and set her on fire, on Sunday night.

District Police Officer Hasan Asad Alvi visited the hospital to inquire about Aasia’s condition and he reported that the suspects have been arrested after the case was registered at the Saddar Police Station against the suspects and the police have arrested them and further investigation into the case was under way.

The woman’s husband was not at home that time of the crime but the police would interrogate him too, Alvi added.