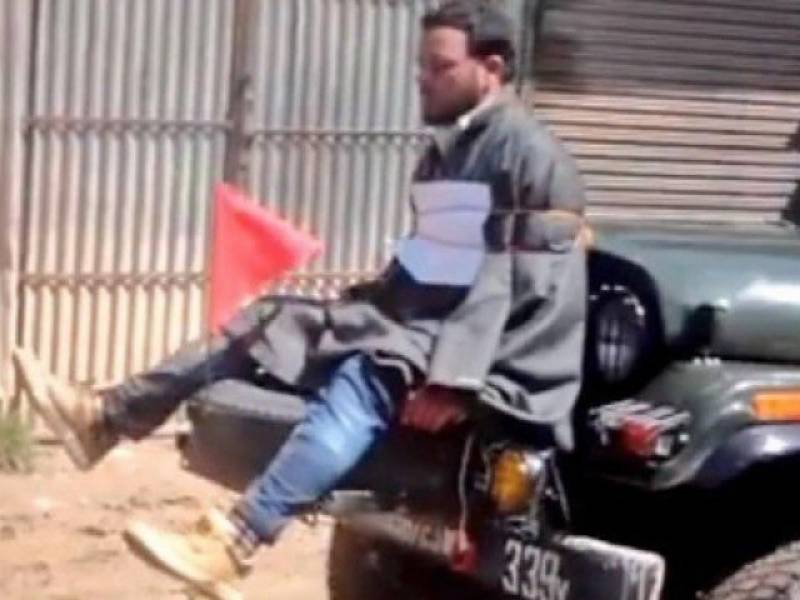 New Delhi (Web Desk): The court of inquiry convened by Indian army in held Kashmir has given a ‘clean chit’ to the officer who tied a civilian to an army jeep’s bonnet.

A video showing a Kashmiri youth being used as a human shield by the Indian army in held-Kashmir, had surfaced online last month.

The clip showed a young man tied in front of an army vehicle in what seemed to be an apparent attempt to shield the Indian army from protesters. In the background, an army soldier could be heard saying: “Those who throw stones will meet the same fate.”

Despite the furor and an FIR, no action has been recommended against the major who came up with the idea, according to India Today.

“Court martial is out of the question. Not even disciplinary action was recommended against the officer,” a source told the publication.