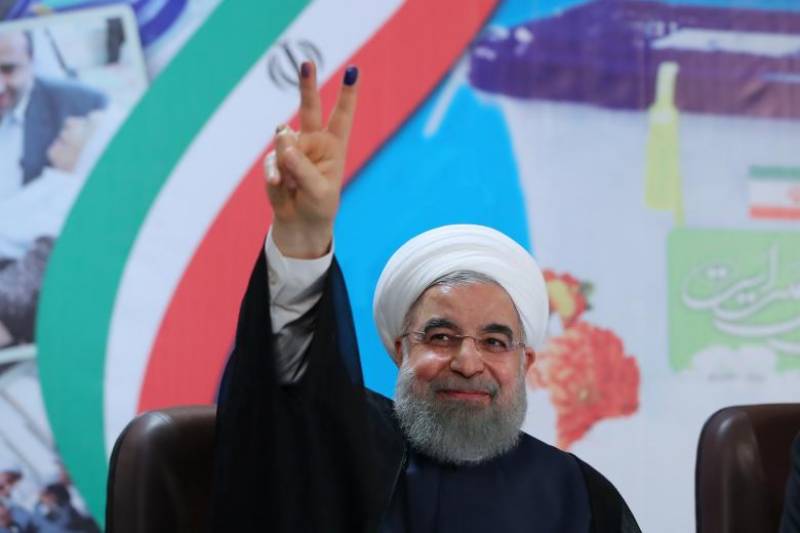 Rouhani, a pragmatist who has eased Iran's international isolation and now faces mostly hardline conservative challengers for the presidency, told supporters he needed a stronger mandate to liberalize Iranian society and get opposition leaders freed.

Karroubi, 80, and fellow reformist Mirhossein Mousavi ran for election in June 2009 and became figureheads for Iranians who staged mass protests after the vote they believed was rigged to bring back hardline President Mahmoud Ahmadinejad.

"My father believes in reform through the ballot box," Karroubi's son, Mohammad Taghi Karroubi, said in a telephone interview. "He believes people should take part in elections to fight against those who want to turn the Islamic Republic into an Islamic state."

Karroubi, Mousavi and Mousavi's wife Zahra Rahnavard were confined to their homes in February 2011 after the opposition leaders called supporters to rally in solidarity with pro-democracy uprisings in Arab countries.

"This election is a sharp confrontation between a real Islamic Republic and a ceremonial one," Karroubi was quoted as saying on Monday by Saham News, the official website of his political party.

Karroubi asked all Iranians to take part in the election and to protect the democratic process by choosing their preferred candidate, but said: "I will vote for Rouhani of course."

This would be the first time Karroubi votes in any election since his arrest. In the parliamentary election in 2016, he said he would have voted but his family said the ballot box reached his home too late.

Mohammad Taghi Karroubi said the family was confident that the interior ministry would let his father vote on Friday.

Rouhani, a mid-ranking Muslim cleric and longtime establishment figure, was elected in 2013 by a 51 percent margin on promises of detente with major powers and an end to house arrests of opposition leaders.

He struck a deal with world powers in 2015 that lifted most international sanctions on Iran, reconnecting it with the global financial system and opening new avenues for foreign investment, in return for curbs to Iran's disputed nuclear program.

"But there are issues that my legal government was not able to resolve," Rouhani said on Monday, referring to his failure to end house arrests - in part due to his lack of authority over hardline security forces answerable only to Supreme Leader Ayatollah Ali Khamenei under Iran's complex system of dual theocratic and republican government.

"Some issues cannot be resolved if the government has only 51 percent of votes," Rouhani said.

If no candidate win more than 50 percent of the votes in the election on May 19, a run-off will be held a week later.