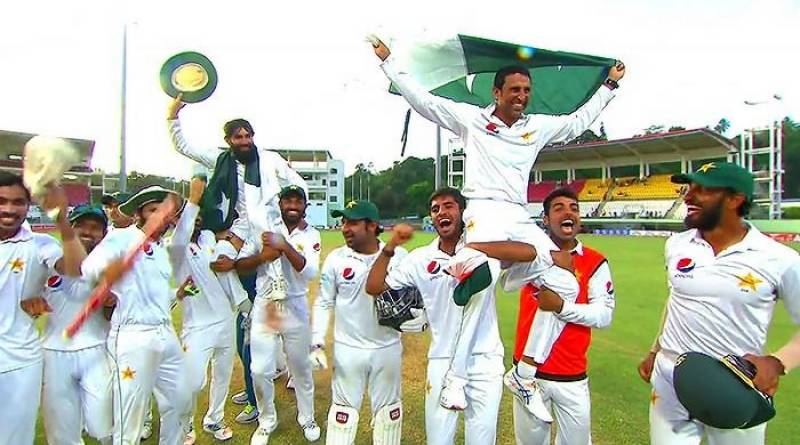 Karachi (Staff Report): Pakistan’s retiring captain and first ever Pakistani captain to win a Test series in the Caribbean, Misbah ul Haq was given a fairytale farewell with a historic win in the West Indies on Sunday.

In the history no other captain from Pakistan having done so in the last seven tours to the West Indies. Misbah is also the first, and only, Asian captain to win three Test matches in West Indies. He won one Test in 2011 series and two Tests in 2017 series. Misbah is only the fourth Pakistani captain to win his last Test, this was also his 11th series win, the most by an Asian captain, Indian duo of Saurav Ganguly and MS Dhoni has won 9 series each. The win in Dominica Test was Misbah’s 26th win as captain, already the most by any Pakistani captain in history, over a dozen more than Imran and Miandad.

25 wickets in a series is also the best by any Pakistani spinner in any away series, also jointly the best with Imran Khan (25 in five tests against West Indies in 1977) and Wasim Akram (25 in three Tests in New Zealand). The three-match series also saw the end of Younis Khan’s international career, who ended his career with 10,099 runs, the most by any Pakistan player in the history of Test cricket.