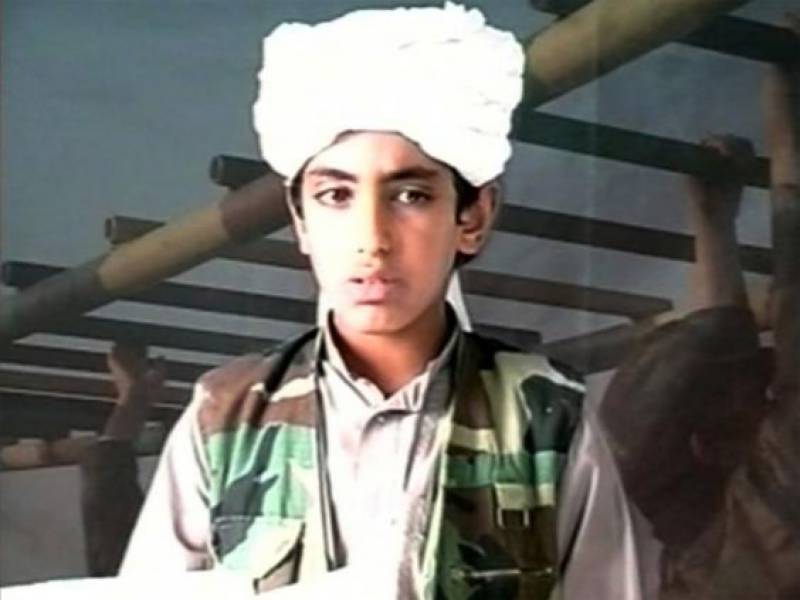 Washington (Web Desk): Osama bin Laden’s son has vowed revenge on the west for killing his father and is set to become the next leader of al-Qaeda, The Independent reported.

Ali Soufan, who was the FBI's lead investigator of al-Qaeda after the 9/11 terror attacks, examined documents seized from bin Laden's Pakistan compound when he was killed by US Navy Seals in 2011.

"I consider myself... to be forged in steel," Hamza bin Laden, now thought to be around 28 wrote. "The path of jihad for the sake of God is what we live."

Mr Soufan told CBS News about a letter Hamza wrote his father, who he had not seen in several years.

He said: "He tells him that… 'I remember every look… every smile you gave me, every word you told me.'"

Hamza was 22-years-old when the letter was written and his leadership potential had been recognised when he was a boy.

When he was still a child, he used to appear in propaganda videos holding a gun, the former FBI agent said.

"He was that kid that exhibited leadership skills early on. He was a poster kid for the al Qaeda… and for members of al Qaeda, who were indoctrinated with these propaganda videos, he means a lot to them," Mr Soufan said.

"His recent message that came out, he delivered the speech as if it's his father delivering the speech, using sentences, terminology that was used by Osama bin Laden."

Hamza has recorded four audio messages in the last two years calling for attacks on the west.

"He's basically saying, 'American people, we're coming and you're going to feel it. And we're going to take revenge for what you did to my father…Iraq…Afghanistan'…the whole thing was about vengeance."

In January, Hamza was designated a global terrorist and added to the US counter-terrorism blacklist.

He has threatened revenge on the US for assassinating his father, and promised to continue the global militant group's fight in a 21-minute speech entitled "We Are All Osama".

Six years after Osama bin Laden was killed by US special forces, Mr Soufan said al-Qaeda is "stronger than ever".