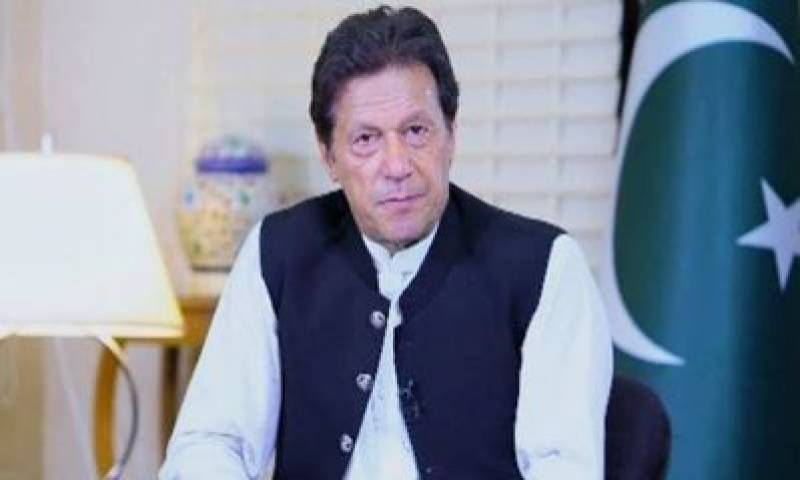 Islamabad (Web Desk): Prime Minister Imran Khan on Friday said that we will have to learn to live with the coronavirus this year as its cure is not forthcoming soon.

PM Imran said that he would like to especially address the medical community, because he is aware of how alarmed they were at the announcement of an ease in curbs, given the pressure it would create on medical facilities

“Scientists and researchers worldwide are of the view that vaccine for coronavirus may take more time to develop”, he said.

Although Pakistan's cases were much less than the projected 52,000, the case numbers would continue to increase. It is estimated that four in hundred people infected by the virus will need to go to hospital", the PM said.

He added that this would increase pressure on hospitals and thus, the government was taking steps to increase the country's healthcare capacity.

He said situation of lockdown in Pakistan is different than advanced countries as we have to save our people against starvation as well.

PM Khan said that cash transfers to people who have become unemployed due to corona virus will be made from Monday next from Prime Minister's Fund.

“We know that cases of corona will increase in Pakistan in the coming days, but we also have to protect our people from hunger, Khan said.

He said the number of deaths due to corona virus in Pakistan is less than the projections.

“However, we have to take maximum precautionary measures to not burden out limited medical resources,” the premier said.

He said we are opening the businesses to restart economic activity but people must follow the SOPs given by the government, including social distancing and hand washing.

While reiterating that the government was dealing with the crisis on the basis of consensus, the prime minister appealed to the provinces to reopen public transport.

Minister for Economic Affairs Hammad Azhar said in first phase of lockdown pharmaceutical and essential items shops were allowed to work for the facilitation of people. He said that the construction industry was opened in the second phase so that people can work and earn their wages.

The minister added that vehicle and motorcycle manufacturing companies have been allowed to reopen in the third phase from Monday with strict SOPs. He said decision to open large shopping malls has been left to provinces.

Speaking on the occasion, Special Assistant on Health Dr Zafar Mirza said that 100,000 health workers, including doctors, nurses, and paramedics will be trained for correct use of Personal protective equipment (PPE). He said the first phase of this training will be completed in four weeks.

Dr Zafar said another five thousand intensive care unit workers will be trained to handle corona patients. He said it is great achievement for the country that a Pakistani pharmaceutical company has concluded its voluntary licensing agreement with a US pharmaceutical company Gilead for the manufacture and sale of Remdesivir.

He said this agreement also allows Pakistan to export the medicine to 127 countries facing corona pandemic.

Special assistant on Poverty Alleviation Dr Sania Nishtar said category four of Ehsaas Emergency Cash program will start from Monday. She said that this category is for the people who have lost their jobs due to COVID-19.

“Under this category around 34,000 applications have been received so far,” Sania said.

She said deserving people can register themselves for this category on pmo.gov.pk

Dr Sania said that the final decision for the applicants who have registered themselves through message service on 8171 for Ehsaas Emergency Cash will be made on Monday.

“The successful applicants will get their verifications via short message service on Monday,” she added.

Briefing on the occasion, Special Assistant on National Security Division Moeed Yousif said more than 23,000 stranded Pakistanis in different countries has been brought back so far.

“Keeping in view the best international practices, 48 hour quarantine condition has been removed and now our capacity to bring back Pakistani expatriates has increased”, he said.

Moeed said as per directions of the prime minister 11 to 12 thousand people will be brought back every week. He said our top priority is to help stranded poor workers and laborers in Gulf States.