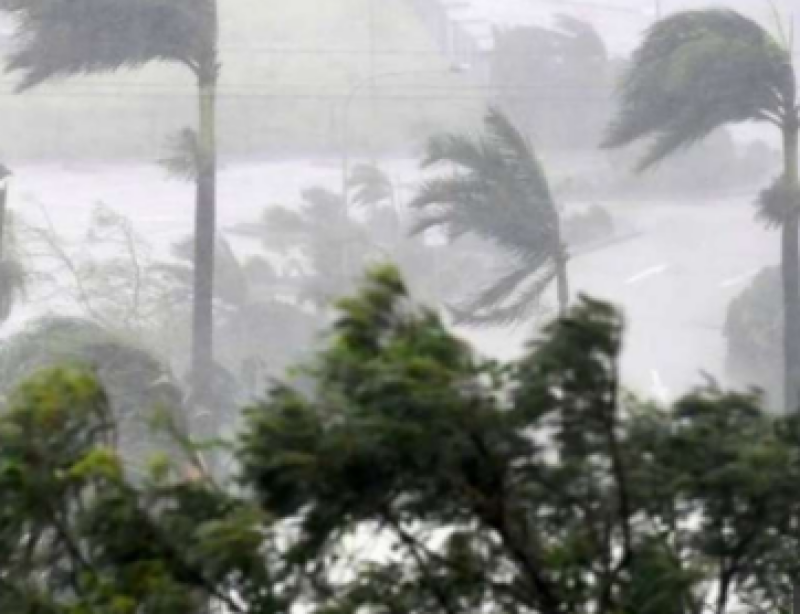 Karachi (Staff Report/Agencies): The Pakistan Meteorological Department (PMD) has said the depression over the southeast Arabian Sea has intensified into cyclonic storm ‘Tauktae’.

The department on Saturday issued an alert about the Cyclone Tauktae, saying that it will cause raindust/thunderstorms and gusty winds in Karachi.

“The Depression over Southeast Arabian has intensified into a Cyclonic Storm ‘TAUKTAE’ and lay centered at a distance of about 1,460km south-southeast of Karachi,” read the PMD alert.

The department further said that the maximum speed of the winds sustained around the cyclone have been recorded at 70-90km/hr, adding that they are expected to reach 100kh/hr.

Due to the storm, widespread rains/thunderstorms with “few heavy to very heavy falls and gusty winds of 70-90kmph are likely to occur in Thatta, Badin, Mirpurkhas, Tharparkar, Umerkot and Sanghar districts” of Sindh from May 17 to May 20.

The PMD further said that sea conditions will be rough to very rough during the next few days.

Meanwhile, Sindh Chief Minister Syed Murad Ali Shah has also declared an emergency in all districts of the province that lie on the coastal belt.