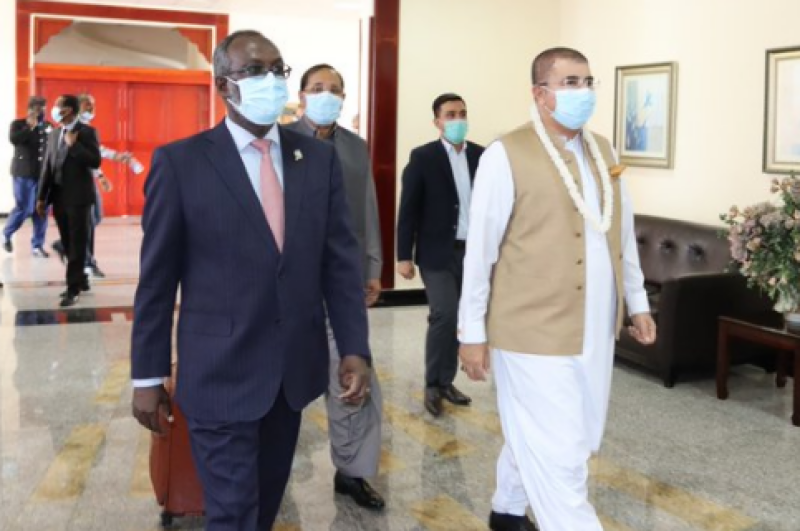 During their stay in Djibouti, the delegation will hold meetings with local leadership and Pakistani diaspora.

Last week, Guelleh was re-elected for a fifth term as president. He was first elected as President in 1999 as the handpicked successor to his uncle, Hassan Gouled Aptidon, who had ruled Djibouti since independence in 1977.

Guelleh was re-elected in 2005, 2011, 2016 and in 2021; the 2011 election was largely boycotted by the opposition amid complaints over widespread irregularities. Guelleh has been characterized as a dictator, and his rule has been criticized by some human rights groups.

He was awarded with the Padma Vibhushan, India's second highest civilian award on 25 January 2019 for his role in the safe evacuation of Indian citizens from Yemen.