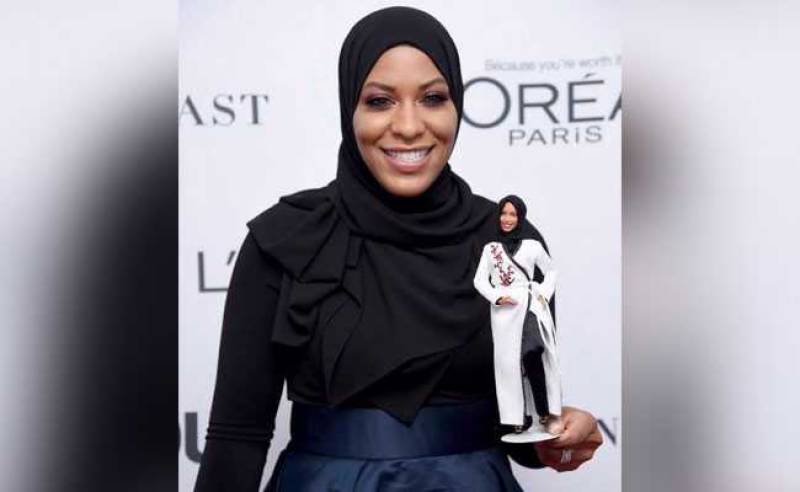 Ibtihaj Muhammad made history in Rio last year as the first U.S. Olympian to represent her country wearing a hijab, after earlier winning a gold medal in 2014 at the world fencing championships in Russia. “I‘m proud to know that little girls everywhere can now play with a Barbie who chooses to wear hijab! This is a childhood dream come true,” the Olympian posted on Twitter late Monday.

The hijab - one of the most visible signs of Islamic culture - is becoming increasingly popular with Western businesses, from hijab-wearing models in top fashion magazines to Apple’s recently launched ‘emoji’ character in a hijab.

The hijab-wearing Barbie, produced by company Mattel, is part of Barbie’s “Shero” line which recognizes women “who break boundaries to inspire the next generation of girls”, and will go on sale in 2018, the company said. “Ibtihaj is an inspiration to countless girls who never saw themselves represented,” Barbie’s marketing vice president Sejal Shah Miller said in a statement.

“By honoring her story, we hope this doll reminds them that they can be and do anything.”

Many Muslim women cover their heads in public with the hijab as a sign of modesty, although some critics see it as a sign of female oppression.

Other dolls in the collection include African-American ballerina Misty Copeland, and Ava DuVernay, director of “Selma”, a highly-acclaimed film about the U.S. civil rights movement.